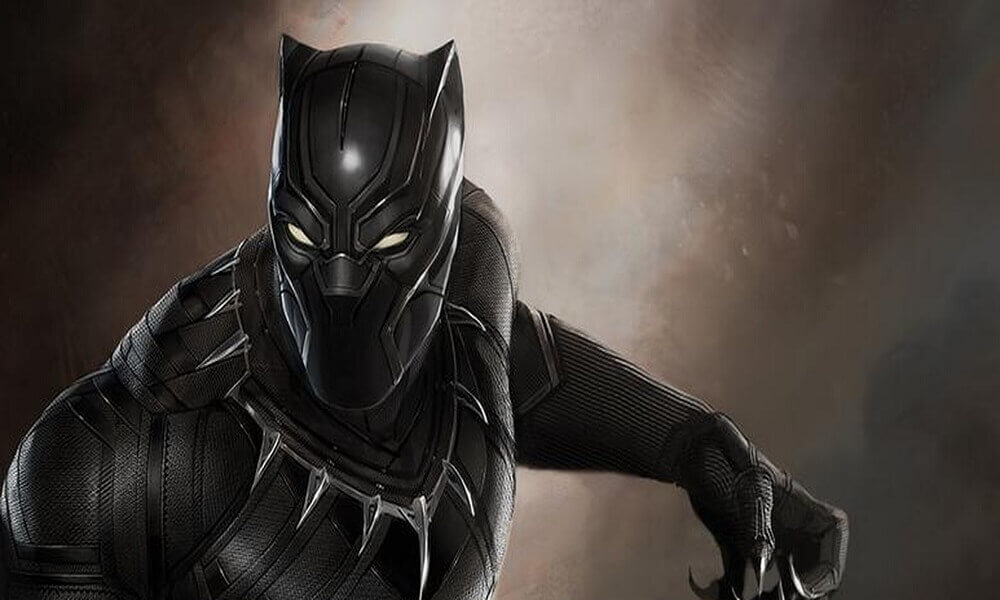 Hello friends! So did you watch “Black Panther” movie, which released last week? Our U.S. readers have to wait a bit more as it will release there on the 16th of February 2018. The reviews on the movie look quite positive, and even critics are liking it. So we have a strong feeling that ‘Black Panther” will be the next blockbuster by Marvel.

Here’s a coloring sheet of one of the latest Marvel superheroes, Black Panther. Black Panther’s original name is T’Challa, the current ruler of Wakanda. T’Challa believes that Winter Soldier orchestrated the bombing attack on his father and he assumes the mantle of Black Panther to take revenge.

The first time Black Panther appeared on the scene was in Marvel’s “Civil War”. And he’ll appear in the “Avengers: Infinity War” as well and we can’t wait to watch this epic movie. On this coloring page, Black Panther looks ferocious. Probably, he’s going to attack Winter Soldier.

Here’s another Black Panther coloring page and with it, we’d like to share a little trivia on this superhero. Black Panther or T’Challa was born in an isolationist country named Wakanda in Africa to a reigning monarch. He was trained most of his life to take his father’s place, and reign over Wakanda.

How cute does Black Panther look on this coloring page? Well, that’s his caricature, actually! Since T’Challa was trained throughout his life to be a king, despite his dislike for politics. And he grew up into a strong man with a highly active mind. He was even sent to save the hostages of Wakandan with Okoye from Douglas Scott and Zanda.

This is one of our favorite Black Panther coloring pages as it features the mask of this fantastic superhero. Black Panther’s suit gives him extreme power, so much that he can easily fight Winter Soldier wearing it, which otherwise he can’t. And not to mention he looks extremely handsome in the suit.

Here’s another amazing Black Panther coloring page for you to print out and color. From his pose, we can guess that he’s in attacking mode. But who is he going to attack? Let us tell you, T’Challa is an extremely skilled martial artist and has trained himself vigorously to become the protector of Wakanda and of course, the Black Panther.