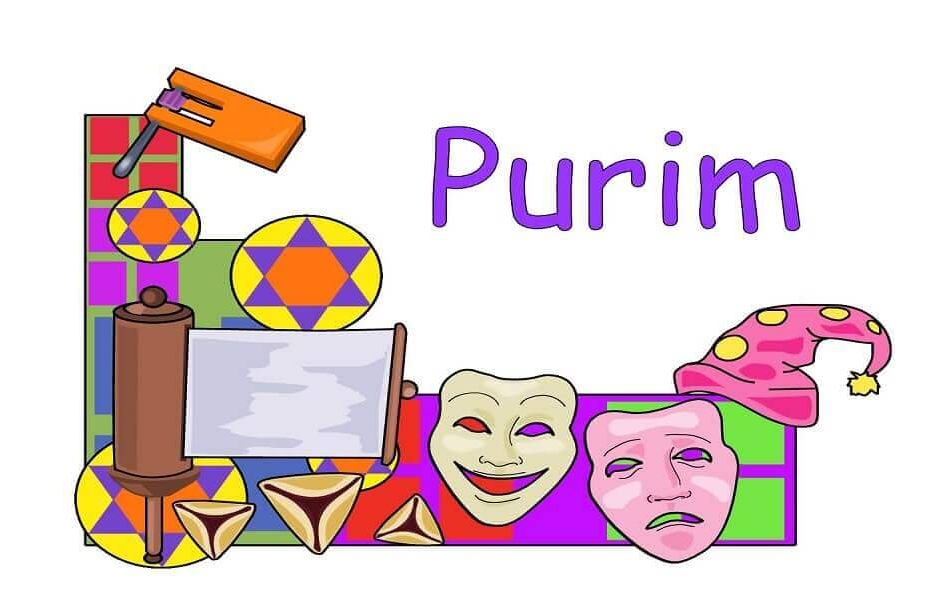 Purim, one of the most fun-filled and joyous Jewish festival is around the corner, and we’re sure you are finding hard to contain your excitement. This holiday, celebrated on the 14th of the Hebrew month Adar, primarily commemorates the salvation of Jewish people in Persia from the plot of Haman to annihilate the Jews. The event took place in ancient Achaemenid Persian Empire, and the story is recorded in the Biblical Book of Esther. To celebrate this boisterous festival, we’ve rounded up a small list of free printable Purim coloring pages for kids and even adults. So let’s not waste any more time and check out the Purim coloring sheets below.

This coloring page features the Marelli Scroll, which illustrates the story of Jews in Persia. It’s basically an example of the Esther Scroll ornamentation of that period and is currently held in the British Library. The scroll is blank right now, but you can fill it with the diagrams that are found in the original scroll. It would make a fun activity as well.

Here’s a beautiful coloring page of the Star of David, with Purim written in the center. The star of David, also called Magen David or Shield of David, is the symbol of Judaism and modern Jewish identity. It’s exclusively a Jewish symbol and has been used since the 16th century.

How about making Purim puppets on the occasion of this joyous festival? To make the puppets, you need to color each of the diagrams featured, paste the page to a construction paper or cardboard, and then cut out the puppets carefully. Your finger puppets are ready!

This coloring page features young children, all decked up and having fun on Purim. During Purim, people, including children are required to give money or gifts to two people and send two kinds of food to at least one person. It’s also compulsory for children to dress up in costumes, as we can see in this picture. These children are probably going to share their gifts and food with people.

This coloring page signifies the fun and entertainment people have in Adloyada, a humorous parade or procession usually held in Israel on the second day of Purim. This tradition dates back to the early 1900s. Different types of floats are arranged for the Adloyada, and people dress up in provocative costumes.

This coloring page features Ahasuerus or Achashverosh, the Persian king who ascended the throne after impressing people with his power and wealth. If parents want to narrate the story of Purim, they can do it with images. It will be even more fun.

This Purim coloring page features Mordechai, one of the most prominent personalities from the Book of Esther. He was Jair’s son and resided in the tribe of Benjamin. Mordechai adopted his orphaned cousin Hadassah or Esther and raised her as his own daughter.

This coloring sheet features Hadassah or Queen Esther, the heroine of the Book of Esther. Esther was summoned to the court of King Ahasuerus when sought young virgins. Out of all the women summoned, he liked Esther the most and even married her, without knowing that she was a Jew because Mordechai had instructed her strictly not to reveal her identity.

The woman with a tail you see here is the exiled queen Vashti, the first wife of King Ahasuerus in the Book of Esther. She was banished by the king when she refused to accept his summon to the banquet to display her beauty, wearing nothing, but the crown.

This coloring image feature, Haman, the antagonist of the Book of Esther. Haman was the vizier in the Persian empire during the time of King Ahasuerus. He had plotted to kill all the Jews residing in Ancient Persia and even tried to convince Ahasuerus to do the same. But his plan was thwarted by Queen Esther.