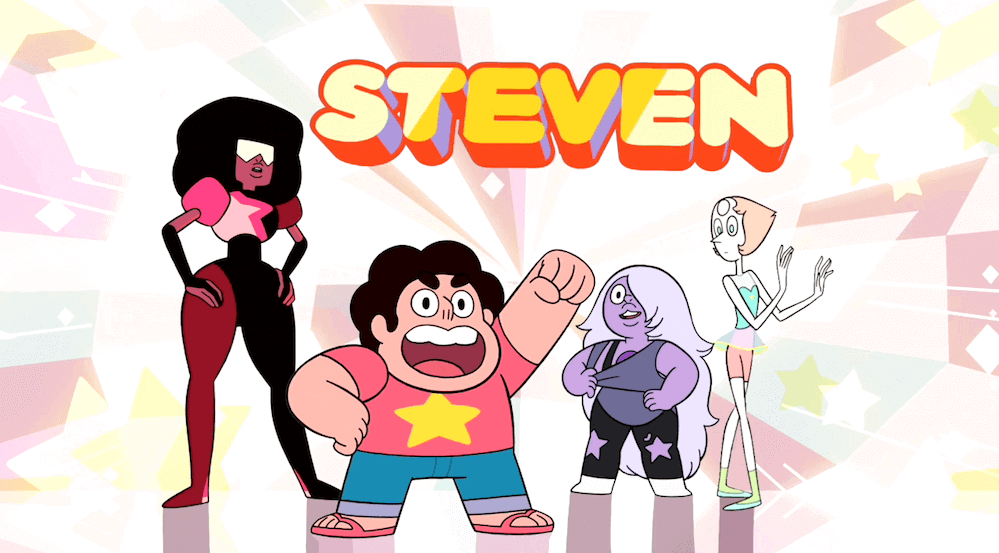 Readers, today we’ve got you fresh and free printable Steven Universe coloring pages. Steven Universe is a series based on the young protagonist, Steven who resides in Beach City with the Crystal Gems, Amethyst, Garnet, and Pearl. Steven himself is a half gem owing to his mother’s inheritance. He, along with the crystal gems is on a mission to save the world from the denizens of the Gem Homeworld. However, Steven has not yet figured out the uses of his gem and his father is of no help as he likes to avoid magic. Steven Universe is a coming of age series created by Rebecca Sugar for Cartoon Network. The protagonist is based on the character of Sugar’s brother, Steven, who is an artist for the show.

Amethyst is the shortest of the Crystal Gems. She was the last gem manufactured on earth as a part of the Gem Homeworld’s Kindergarten project. Ever since she was taken in by the Crystal Gems, she has been protecting the earth with her friends. She is quite stout and half the height of an average Gem soldier due her time spent on the ground. However, she is not lacking in confidence in any way. Her pants have star-shaped cutouts and she wears white pointed boots. Color the bold Amethyst.

Here’s Steven, Rose Quartz’s son with the Crystal Gems. They have been aiding Steven in his shenanigans for four millenniums now. It is they who doused the fire of sterilizing the earth, in the Gem Homeworld. Color the elegant gang.

One of the original members of the Crystal Gems, Bismuth claimed, “Nobody’s more Crystal Gem than I am.” She devised a weapon called Breaking Point, to give the Crystal Gems some leverage against the Gem Homeworld. It was regarding this that she had a fallout with Rose Quartz. She was eventually bubbled to live inside Lion’s Dimension until Steven Universe accidentally freed her. Color the broad-shouldered, flat-chested Crystal Gem.

Lapis Lazuli was initially a Homeworld Gem who got trapped in the Magical Mirror during the rebellion led by Rose Quartz. It is Steven again who freed her and helped heal her broken gem. However, being locked up for such a long duration changed her considerably. She bears some resentment towards the Crystal Gems for not helping her all the while but she likes Steven. Lighten up this sad gem by coloring her.

Cluster Gems were created by the Homeworld as part of their Kindergarten project. Cluster Gems are prototypes of the Cluster, a major antagonist in Steven Universe. They are fusions of former gems and take up ugly monstrous forms. Color this cluster with mismatched limbs.

Peridot was originally a Homeworld gem and a source of constant peril for the Crystal Gems. However, after defying her Homeworld superior, Yellow Diamond, she made a truce with the Crystal Gems and is now a part of them. Color the Gem technician.

Steven’s father Greg was once a traveling musician who now runs a car wash. It is during his time in the one-man band, Mr. Universe that he met and fell in love with Rose Quartz. Greg is a simplistic and pragmatic man who is constantly worried about Steven’s fate and he himself stays away from magic. Color the doting father.

Smoky Quartz is the fusion of Amethyst and Steven. Smoky Quartz is humorous and stable even though some of the jokes might be on themselves. Smoky Quartz helped restore some confidence in Amethyst after she was poofed at the hands of Jasper. Yet, Smoky Quartz has its insecurities due to constant comparison with other fusions. Color this adorable fusion.

As the creator, Rebecca Sugar said, she wanted Steven to be like her brother, a kid showered with attention who didn’t want to be just the little brother. Steven is a kind, caring, half-gem who is still exploring the perks of being a Gem. Color the chubby hero.

Connie Maheswaran is Steven’s friend and the two share a strange, loving relationship. Connie is usually introverted due to her strict upbringing but has a knack for going berserk. This is Connie from ‘Sworn to the Sword’, where she learns how to wield a sword and becomes quite aggressive. Color Connie in her unusual self.

Garnet is one of the last surviving gems on earth to have been a part of the rebellion against the Homeworld. After Rose Quartz gave up her physical form to give birth to Steven, Garnet took the leadership of the Crystal Gems. Color this intuitive leader of the Crystal Gems.

Sapphire is another member of the Crystal Gems. It is the fusion of Sapphire and Ruby that makes Garnet. Color this pretty Gem.

Pearl is one of the closest associates of Rose Quartz and her sole confidant. It fell upon her to impart teaching to Steven about the ways of Gems. She is a meticulous and knowledgeable Gem and yet, is underconfident. Color this insecure Gem.

Alexandrite is the Fusion of Amethyst, Garnet, and Pearl. She possesses a considerable amount of strength and magical powers and is a force to be reckoned with. Color this mighty fusion.