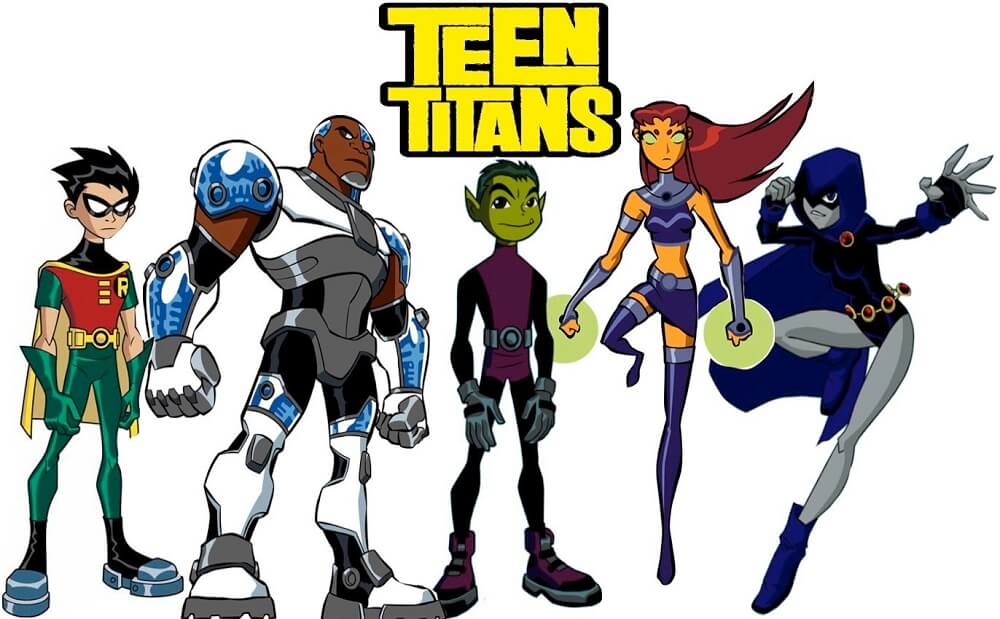 Here’s a coloring page of Beast Boy, also known as B.B. one of the five core members of the Teen Titans and a former member of the Doom Patrol. He’s the joker of the group, but often becomes the butt of jokes when the pranks backfire on him.

Here’s a coloring page of Blackfire, the older sister of Wildfire and Starfire and the eldest daughter of King and Queen of Tamaran. She’s a beautiful young girl, with long and flowing hair and a slender body.

This coloring sheet features the entire gang of Teen Titans, namely Robin, Starfire, Cyborg, Beast Boy, and Raven. The team also included Terra, but she left the group. Paint the characters in their original shades to create a homemade Teen Titans poster.

Here’s a Teen Titan Go coloring page, which you all have been asking for days. The series features new and hilarious adventures of Cyborg, Robin, Raven, Starfire, and Beast Boy, but in their smaller forms. The coloring sheet features Starfire making fun of Raven.

Here’s a coloring page of Robin from Teen Titans, the leader and founding member of the Teen Titans group. Robin, who was trained by Batman, is also Starfire’s love interest and boyfriend. Robin appears on the show, wearing his costume, comprising of green tights, a red t-shirt, and black, ankle-high boots.

Meet Starfire or Star, the alien princess from Tamaran and one of the founding members of Teen Titans. Starfire is an incredibly beautiful woman with long, red-colored hair. She’s sweet, cheerful, but gets insecure at times.

Here’s a coloring page of Cyborg, a young and robust athlete, who turned into a superhero after the death of his mother in an accident. The accident also injured him badly, so his father replaced his damaged parts with cybernetics to keep him alive.

Meet Kid Flash, the sidekick of Flash and an Honorary Titan. When Kid Flash was a child, he idolized Flash, would daydream about him, and even founded the club named, Blue Valley Flash Fan Club. Later, Flash himself made Kid Flash his sidekick.

This coloring page features Red X, the antihero of the Teens Titans series, who was also once employed by Robin. In fact, Red X was the cover identity Robin conceived to get closer to Slade. But later, Red X turned against Robin.

Here’s a coloring page of Terra, a former member of the Teen Titans, whose role as a villain or hero is still undecided. Initially, Terra was an insecure and confused person, who just wanted to be friends with Teen Titans members, but she was led astray by Slade.

Here’s a coloring page of Raven, but from the Teen Titans Go series. Raven, one of the founding members of Teen Titans, is a half-demon and half-Azarathian hybrid. She’s a dark and mysterious superhero who always appears in an indigo cloak.

Here’s another coloring page of Robin, the leader of Teen Titans. Strong and confident Robin, is a natural-born leader. He is kind, noble, stoic, heroic, stubborn, and often serious in tone, but also has his share of funny moments.

Here’s another cool Teen Titans coloring page, featuring the original team members, Robin, Raven, Beast Boy, Cyborg, and Starfire. The members are about to unleash their superpowers, and we can’t wait to witness it.

Here’s another fun Teen Titan Go coloring sheet to keep you all entertained. We all know that superheroes save the day from bad guys, but do you know what they do when they have finished fighting crime? Just like all young kids, even these guys goof up and have fun.

This is the official poster of Teen Titans Go, featuring all the core characters of the series displaying their superpowers. Looks cute, isn’t it?