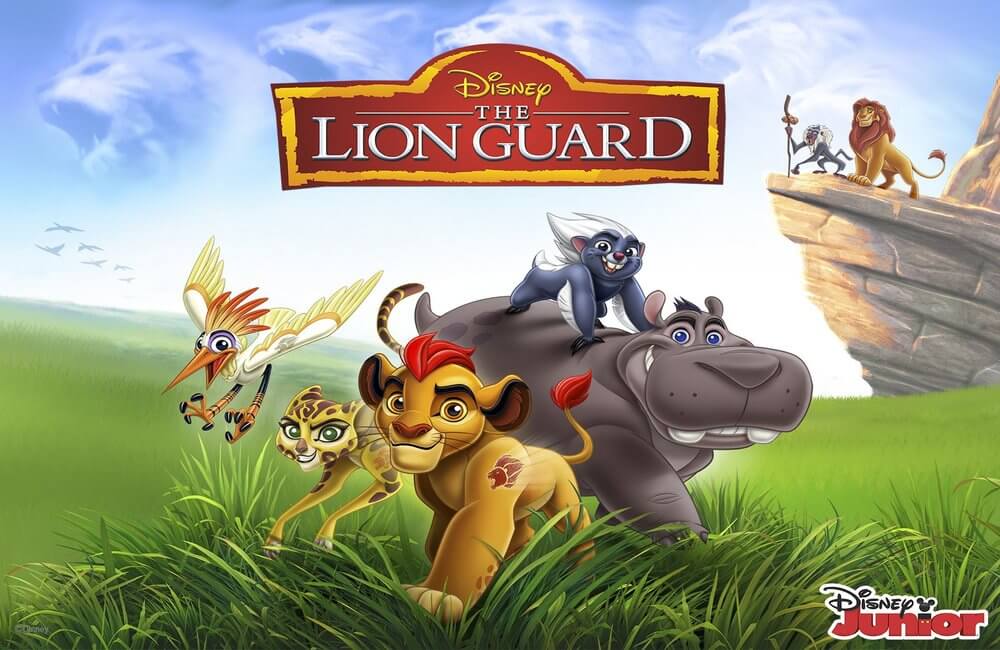 Who doesn’t love the movie, “The Lion King”? We can see no hand raised because everyone loves this Disney’s masterpiece. The movie was so popular that the creators made several sequels and even a television series named “Timon and Pumba” based on it. “The Lion Guard” is a direct sequel of “The Lion King”, taking place during the time gap between the movie, “The Lion King II: Simba’s Pride”. The series is already very popular with the children and the makers are coming with its third season as well. So if you’re finding hard to wait for it, we’d suggest you fill these printable Disney’s The Lion Guard coloring pages. Check out our The Lion Guard coloring sheets to print below.

This “The Lion Guard” coloring page is perfect for preschoolers as it involves connecting the dots to reveal the picture of Kion, the protagonist of this series. We think it’s a wonderful coloring sheet to help kids learn counting at an early stage.

This coloring sheet features the lion guard, which comprises Beshte, Bunga, Kion, Ono, and Fuli. Even Simba is a part of the guard, but he isn’t featured on the coloring page. The lion guard defends the Pride Lands from danger and protects them from attacks of hyenas.

This is such an adorable coloring sheet. It features Kion and Kaira, with their father Simba. It seems that Simba is sharing a few words of wisdom with the children and is teaching them to follow the right path.

Here’s a coloring page of Beshte, Basi’s son, Kion’s buddy, and a member of the Lion Guard. The specialty of Beshte is his strength, which is quite obvious since he’s a hippopotamus.

Here’s a coloring page of Buna, the adopted nephew of Timon and Pumba and even the best friend of Kion. Bunga is a member of the lion guard and is renowned for his bravery.

Where is Kion taking Fuli? And why is he looking so agitated? Neither is Fuli looking very pleased. We feel they’re having some difference of opinion. We hope they sort it out as we love to see them work together.

Here’s a coloring page of Ono, a narrowly built Egret birth with skinny legs. Ono is also a member of the lion guard and his special skill is his sharp eyesight.

The cast of “The Lion Guard” seems to be having loads of fun in the wild. Or are they heading for a new adventure? The smile on Simba’s face definitely suggests that.

This is a fun activity sheet, where children have to unscramble the words of the characters featured, without looking at the answers below. After you’ve named the characters, paint them in their signature colors.

Here’s another wonderful coloring page of the cast of the Lion Guard. It features the four primary members of this group. And we totally love Bunga’s attitude in this picture. He looks so confident.

Fuli, the Cheetah, also a member of the Lion Guard is known for her speed. She has a beautiful yellow body with dark brown spots and markings. Fuli may seem arrogant and haughty but is very caring and loyal.

This coloring page features Kiara, the older sister of Kion and future queen of the Pride Lands. She’s a kind, strong, loyal, independent, and determined young lioness, but is a bit snarky towards her little brother.

Here’s a coloring page of best friends Kion and Bunga. Bunga is riding on Kion’s back and it seems that he’s looking for something. Fill both the characters in their signature colors and see them come alive.

If there’s one moment in the show that gave us goosebumps, it was seeing or rather hearing Kion roar for the first time. And this coloring page aptly captures the moment. It will look even more beautiful when filled with colors.

Here’s another fun The Lion Guard activity sheet. You need to help Kion reach Bunga, but without running into the hyenas. After reaching to Bunga, you have to color this image in vibrant shades.

Meet Nala, Simba’s mate, mother of Kion and Kara, and the queen of Pride Lands. She’s an assertive and determined lioness with a sense of responsibility. We love the faith she has in her loved ones.

Why is Bunga looking so upset? His eyes welled up and he’ll cry any moment? Is he upset with someone? We’re glad that at least Ono is there to comfort. And even you can make him feel better by filling colors in him.

This coloring page brings back fond memories of “The Lion King”. We all know that it was Rafiki who took Simba to meet Mufasa and instilled the will and spirit in him to fight Scar.

Last, but not least, here’s a coloring page of the adorable Simba, Kion and Kiara’s father and the king of the Pride Lands. Simba is a fully grown lion with red mane, great stature, and tail tuft.