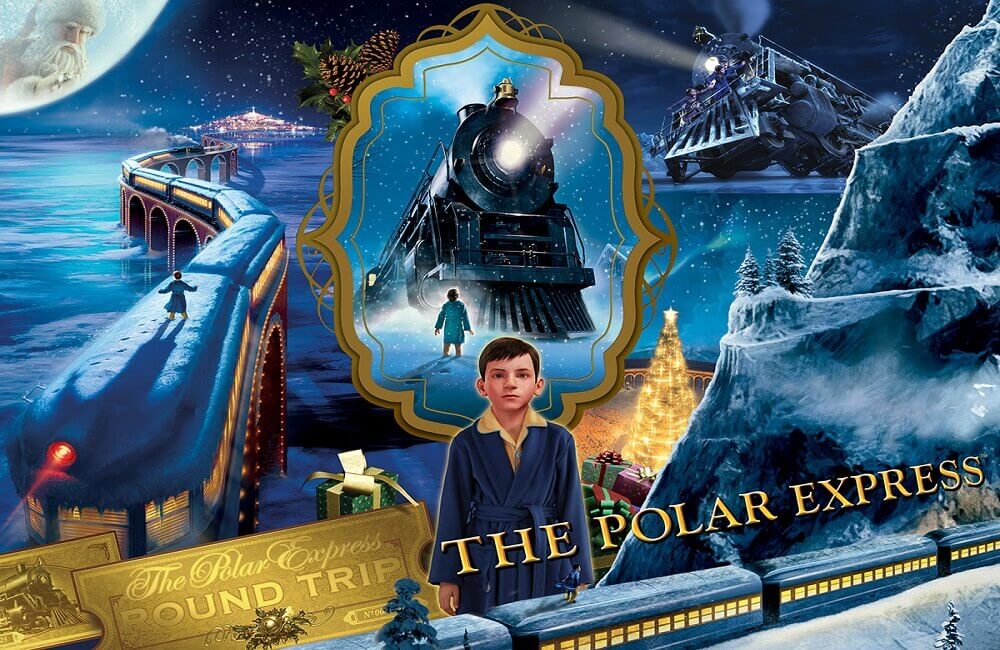 Fun and festivities mark the great annual holiday season. Movies that revolve around this theme, bring about the same excitement; full of joyous fervor, laughter, and cheer. Then there are some rare gems that go deeper into the meaning and understanding of the holiday spirit. One such film, is The Polar Express, a live-action motion capture animation film directed by Robert Zemeckis. The film was listed in the Guinness World Book of Records 2006 as the first all-digital capture film.

Released in 2004, this Academy Awards nominated film is based on a same-named book by Chris Van Allsburg. If you have seen the movie, then you must be thrilled about this collection of The Polar Express coloring pages. In case you haven’t, let us welcome you aboard the magical and wondrous journey on The Polar Express.

Punctuality is a great quality to have. Waiting for someone or something can be taxing and tiring. Every mode of transportation has a schedule to follow and its punctuality symbolizes its efficiency. The Polar Express prides on being right on schedule, every time. See the pride on the conductor’s face? Have fun coloring this page just like the fun the children are having onboard the train.

A bell whose jingle you can hear is a sign of your belief in the holiday spirit. From being a skeptic of the Christmas season, the young boy after boarding The Polar Express experiences what it means to believe in the holiday spirit. And the bell always jingles for him, long after he has grown up. Can you hear the jingle as you color this page?

This single coloring page illustrates the complete idea of The Polar Express. A skeptical, young boy who embarks on a mysterious train journey on Christmas Eve, meets a punctual and to-the-point conductor, makes friends on the way and gets a glimpse of Santa Clause who gifts him a magical bell, restoring his belief.

In this movie, Tom Hanks has played six different roles. From the conductor to the hobo and of course Santa Claus. How does Santa Claus look and what does he wear? Everybody knows! Give this Santa from The Polar Express, the colors it is lacking. And don’t forget to color the gifts he has brought with him.

The film had stunning visual effects and elaborate animation. Made on a budget of $165 million, a record-breaking amount for feature-length animation at that time, The Polar Express grossed $310.6 million worldwide. Like the exhaustive labor that went into designing the film, this coloring page features a train with a comprehensive design representing the holiday season. Spot the elements of Christmas, including dear Santa himself, as you color this locomotive steam engine.

We can get into trouble if we forget our boarding passes or tickets, right? The same rules apply here on The Polar Express. You always need to keep your boarding pass with you, when you’re traveling on the train. Oh! What trouble the young boy went through to get hold of a ticket that flew away from his friend! Avoid getting into such trouble and fill these tickets with festive colors as a reminder to always carry your tickets with you.

A train journey is both fun and adventurous. While you remain seated, you can watch the world go by and enjoy the changing scenery outside. The Polar Express train was modeled after the Pere Marquette 1225, of which the author Chris Van Allsburg had memories of playing on its engine when it was on display in Michigan. Displaying a similar fun illustration is this coloring page. Look at the little dog running along with the toy train as the children enjoy the fun ride!

This coloring page will test your memory. We have mentioned the author two times already. Can you remember his name correctly? If you do, you have an excellent cognitive memory. Yes, it’s Chris Van Allsburg who wrote The Polar Express in 1985. The following year, he won his second Caldecott Medal for this book, given to the most distinguished American picture book for children. His first was for an equally imaginative and powerful story, Jumanji, won in 1982.

This is where the journey for the young boy began on a cold and silent night, as the conductor lights the way and gestures him to get on board The Polar Express. What followed was the most memorable and rewarding train journey of his life. Let this splendid scene come alive in colors with your brilliant coloring skills.

The Polar Express is a 3D computer-animated film and it brought the winter journey of the train through the snowy landscape to life in realistic details. Illustrating one such scene is this coloring page; smoke billowing out of the chimney and plowing the snow out of the tracks, The Polar Express is seen here continuing its remarkable journey through the night with the snow-clad mountains as the backdrop.

We have finally come to the end of this adventurous journey on the much-acclaimed The Polar Express. Did you guys enjoy the winter wondrous ride? It must have been heart-warming to revisit one of your favorite films based on the theme of Christmas and its deeper meaning. For the ones who are yet to embark on this journey, this holiday season makes sure to get your boarding passes and go aboard this stunning and evocative animated feature film. While you wait for the journey to begin, immerse yourself in the holiday spirit by printing and coloring this festive collection of coloring pages dedicated to The Polar Express.