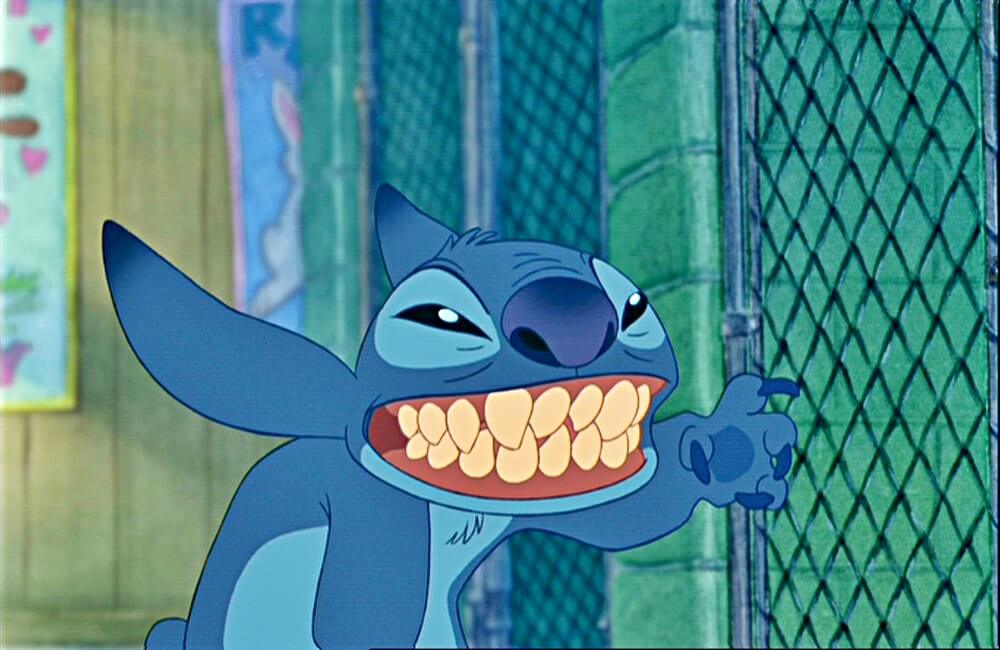 Hello kids! We are back again with another collection of animated feature film coloring pages. Today, we have free printable Stitch coloring pages printable from Disney’s “Lilo and Stitch” franchise which tells a cute, adventurous and endearing story about the importance family.

First seen in Disney’s 2002’s Lilo & Stitch movie, Stitch or Experiment 626, is an alien illegally made by Dr. Jumba Jookiba. The United Galactic Federation imprisoned Jumba and Stitch was exiled to a distant asteroid, but he escaped, ending up in an animal shelter in Hawaii on Earth. Adopted by young Lilo and her elder sister Nani, who are struggling after their parent’s death, Stitch learns to defy his destructive programming nature as Lilo teaches him what it means to be a family. Let’s get to know more about this mischievous yet cute alien through this collection of Stitch coloring sheets to print.

Lilo found Stitch adorable as a dog. His mischievous and chaotic nature was something only Lilo could tolerate, like here when Stitch was throwing tantrum when Lilo was showing him the record player.

Once he landed in Hawaii and got adopted by Pelekai sisters, Lilo and Nani, he was living in the culture of the island. Here you can see him donning a “lei” or a head garland made of flowers.

Released in 2002, Disney’s Lilo & Stitch was a critical and commercial success, collecting over 273 million US dollars. It even got nominated for the Academy Awards.

Lilo thought Stitch was a dog as he was imitating one by retracting his alien features, to avoid being captured by Jumba and Galactic Federation agent Pleakley. His features include retractable two antennae on his forehead, three spines on his back, four claws on his hand and feet.

His retractable features keep Stitch from being discovered as alien. Most profound of his alien features are two retractable arms, which makes him a six-limbed alien creature.

Lilo and Stitch are getting to know each other. Lilo shows him a portrait of him. Seems like Stitch found it amusing to look at himself, drawing out his tongue.

During his stay, Lilo teaches Stich about ‘ohana which means a family, concept that includes a family that is adopted as well. It is through this lesson and living with them that Stitch defies his destructive nature, becoming a family together with Nani and Lilo.

Stitch is always getting into some kind of trouble or another. Having been designed to create chaos wherever he goes, he doesn’t disappoint. Left alone, he is readying up for fun adventures with these toy guns.

During the initial days when he pretends to be a dog, taking refuge in Lilo and Nani’s home from the agents, Stitch remains chaotic and agitated. Throwing random tantrum while Nani tries to take his picture, Stitch breaks the ukulele – the musical instrument.

After several attempts to catch Stitch, today Dr. Jumba Jookiba has finally managed to find Stitch alone and pounces on him. Stitch was looking for help to rescue Lilo who got caught along with him by Captain Gantu, appointed by Galactic Federation. He had just escaped when Jumba caught him.

This illustration has caught a rare side of Stitch, who can mostly be seen running around, causing chaos wherever he went. Print this page and capture Stitch in cool colors.

Stitch learns to control his chaotic energy and redirects it doing fun stuff like adventure biking with the little bike and doing stunts while riding. Look at how high his feet are in the air.

After hearing a great story from Lilo again for the night, he bids her goodnight and leaves for his bed. You must also be enjoying storytelling time with your parents or even at school.

Through the understanding of the Hawaiian concept of family – ‘ohana – taught by Lilo, Stitch starts to change for the better. It is a lesson he lives by as seen in other movies and series in the franchise, where he rescues the earlier 625 experiments by Dr. Jumba.

Stitch begins to adapt well. Even learning how to play ukulele properly, something which had earlier frustrated him and had broken one in the past.

Captain Gantu, assigned by Galactic Federation, had gone rogue and captured Lilo along with Stitch. Stitch had escaped and with help from Jumba and Pleakley, he finally rescues Lilo.

Stitch and Lilo have fun doing a lot of things. One of the best things is a fun motorcycle ride. Look at Lilo’s hair flying and the joy on both their faces.

After a hard day’s fun and adventure, Stitch goes to peaceful sleep holding on to Lilo’s rag doll, Scrump.

Continuing their tradition, Stitch and Lilo are here again tonight engrossed in another wonderful story before heading off to sleep.

Every now and then, when he feels too energetic, Stitch gets out his toy guns and unlike others, he is able to play with more than two guns at a time.

On that fun and playful note, we are at the end of today’s collection of Stitch coloring pages to print. Hope you learned about family, friends and being kind to each other through these coloring pages. Remember, like Stitch, to always focus on the good things and always value your family – the family you are born with and the one you find for yourself, just like Lilo and Stitch did. And don’t forget to check out our Dumbo coloring pages.