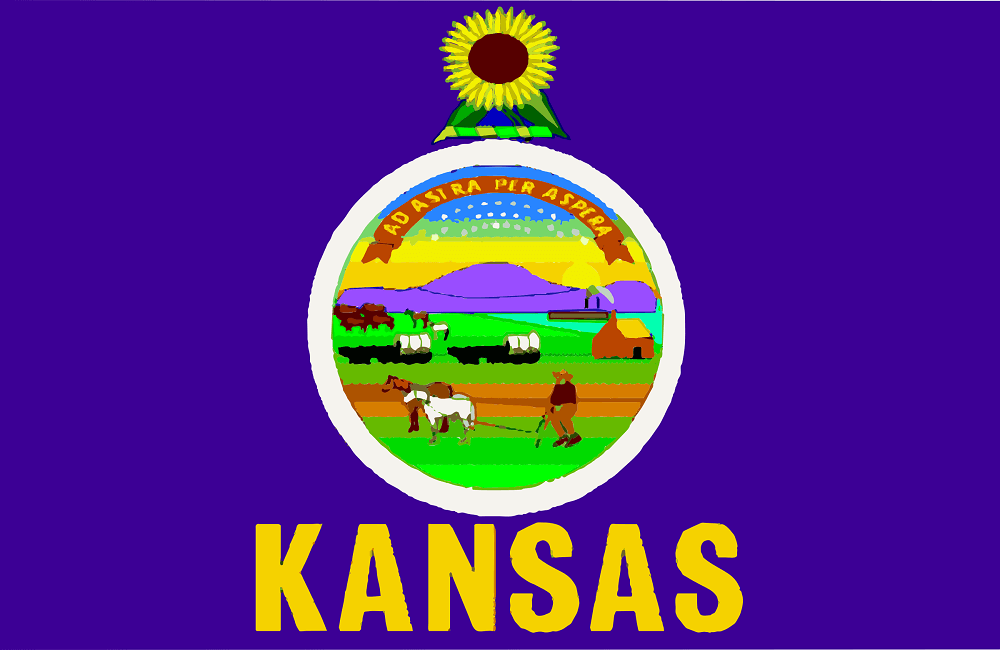 Hi kids! Hope you have already adjusted to the cold weather by now and are relishing the charm of the New Year. There are a lot of things to look forward to in January. Among them is Kansas Day which falls on January 29. To let you know more about it, today we have a collection of Kansas Day coloring pages printable.

When the United States Constitution went into effect in 1788, there were only thirteen states. All the other states were admitted later. Kansas Day marks the anniversary of the state of Kansas’ admission into the United States, which was on January 29, 1861. Let’s dive in deeper to understand this day and what it represents through this collection of Kansas Day coloring sheets to print.

The majestic American Bison, commonly referred to as buffalo, is the State Animal of Kansas. They are one of the largest land animals in North America. They have a shaggy, darker winter coat and lighter summer coat. They are also the National Mammal of the United States. Do justice to this strong creature by printing and coloring this page with expert skills.

Several activities observed on Kansas Day revolve around getting an idea or experience about life on the prairies in the early days. Like churning butter in pioneer style, using a hand-held device, which was a dominant economic activity, especially for Kansas women folks. 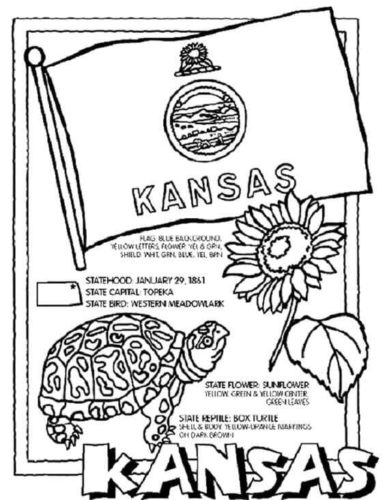 You can get to know about various things that represent Kansas through this coloring page. From the Kansas flag to the ornate box turtle and the sunflower, enjoy learning about each of them as you print and color this illustration.

The Western Meadowlark is the state bird of Kansas. This medium-sized bird can be found nesting on the grounds, feeding on bugs and seeds, across central and western North America. Color its yellow underside and white feathers streaked with black, as well as the blooming sunflowers.

When it comes to sports, Kansas has one of the 32 teams of the National Football League (NFL), Kansas City Chiefs. Winners of the Super Bowl IV championship in 1969, the Kansas City Chiefs’ logo features an arrowhead with the interlocking initials in red.

Speaking of sports, Kansas is also home to the American professional baseball team, Kansas City Royals. Competing in the Major League Baseball (MLB), Kansas City Royals have won two World Series titles. Print this page and color the crown in the logo in gold and the rest in blue, leaving the KC initials as white. 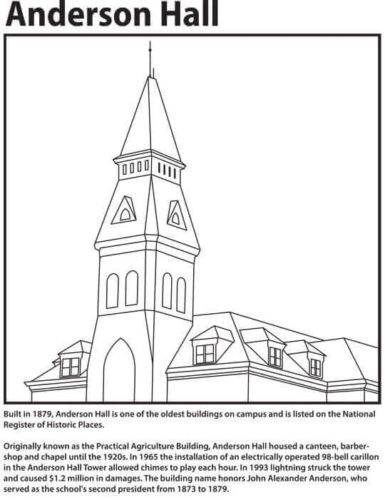 Originally called the Practical Agriculture Building, the Anderson Hall, is today a central administration building for Kansas State University. Completed in 1879, it was renamed in 1902 to honor the second president of the school, John Alexander Anderson. 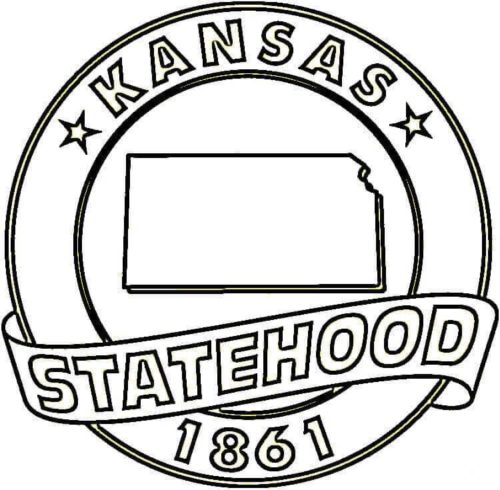 Nicknamed the Sunflower State, the state of Kansas adopted its flag in 1927. It bears the Seal of Kansas at the center with a sunflower on top and the word “Kansas” below. The state motto of Kansas is “Ad Astra per Aspera”, which is Latin for “To the stars through difficulties”. You can print and give all the different elements their respective colors.

This illustration of the Kansas State map highlights some of the industries of the state. It has a major agricultural industry producing crops like wheat and corn as well as livestock produce. Its petroleum production ranks eight in the US. You can locate its capital, Topeka, in the northeast part.

Released in August 2005, this quarter coin or 25 cents, features two Kansas State symbols, the State Animal – American bison or buffalo and Sunflower – the State Flower. The coin has the lettering of Kansas and the year of its statehood 1861 as well as the year of release 2005. It also has the Latin words “E Pluribus Unum”, meaning “Out of many, one”, which is the traditional motto of the United States.

If you look closely at the Great Seal of the State of Kansas, you will learn the history of the state. The 34 stars – symbolizing Kansas as the 34th state, agriculture, steamboat, and railway signifying commerce and expansion, American bison and native Indians representing history and origin, and the State motto above the rising sun.

Greeting from Kansas stamp was released in 2002, showcasing the state flower along with a combine harvester and grain elevator. It was a part of the Greetings From America sheet when a postage stamp was issued in every state depicting its respective state on the same day.

The wild sunflower or Helianthus is the state flower of Kansas. Of the 70 species of the flower, sixty-seven are native to North America. Bring out the luminous details of this flower with your coloring skills.

Several activities are held like school trips and performances to mark the celebration. Each activity is geared towards educating the present generation about the history of Kansas. We hope we have done our part in keeping you informed with this collection of Kansas Day coloring pages. You can start printing and coloring these pages to have fun while learning.