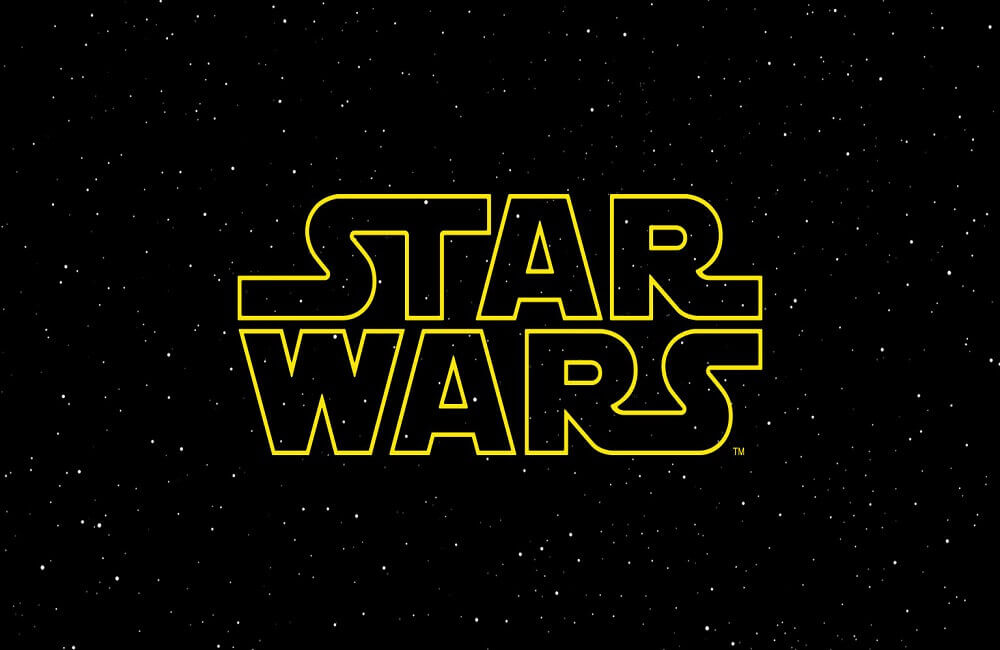 Since the first film, “Star Wars”, created by George Lucas in 1977, the Star Wars film franchise has gone on to become one of the most successful in the world. Star Wars chronicles the lives of humans, humanoids, aliens, and droids in the inter-galactic space world, run by different rulers leading to corruption and rebellion. The mystical “Force” binds the galaxies, those with the light of the Force are known as Jedi and those with the dark are called Sith, giving rise to endless conflict.

In the main storyline film series, titled the “Skywalker Saga”, there have been eight films so far, with the latest ninth film set to release in December 2019. Apart from these, there have been standalone films in the same universe, with “Solo: A Star Wars Story” released in May 2018 being the most recent. Let’s get ready to travel to the world of space and aliens with this collection of Star Wars coloring sheets to print.

Ahsoka Tano is a Padawan or Jedi apprentice of Anakin Skywalker, a renowned Jedi fighter. She trains well and becomes a great leader. Ahsoka Tano is the lead character in the animated feature film, “Star Wars: The Clone Wars” as well as the subsequent television series. Highlight her characteristics well with your coloring skills.

Like Ahsoka Tano was the apprentice of Anakin Skywalker, Anakin was the apprentice of Obi-Wan Kenobi, a great Jedi master and member of the Jedi Council. Here you can see both of them fighting in a duel using their lightsabers after Anakin had left the light of the “Force” and falls to the dark side, becoming the “Darth Vader”.

Boba Fett is a bounty hunter who was among the six hired to capture Han Solo, a pilot, and captain of the ship Millennium Falcon. He becomes Han Solo’s nemesis and eventually succeeds in capturing him and taking him to Jabba the Hutt, the boss who employs bounty hunters. Print this illustration and colorfully capture the details of the character.

The trusted second in command to Anakin Skywalker, Captain Rex is a clone trooper, a Grand Army of the Republic. When he becomes a retired clone trooper, he ultimately joins the Rebellion.

Co-pilot of the Millennium Falcon along with Han Solo, Chewbacca belongs to the Wookiees which are hirsute humanoids from the planet Kashyyyk. They are far taller and stronger than most humans and are intelligent creatures. Chewbacca is a loyal friend and comrade of Han Solo. Take your time to capture the details in colors.

Darth Maul is a Dark Lord of the Sith, the apprentice of Darth Sidious who was known as Supreme Chancellor Palpatine. Darth Maul is a known master able to skillfully wield a double-bladed lightsaber. Print this page and fill in the details of the illustration with proper colors.

Darth Vader, the original villain in the first Star Wars trilogy, has become one of the most iconic and greatest villains ever. Here he is with Princess Leia Organa, the leader of the Rebellion. Darth Vader is unaware of the fact that she is his daughter. Print this page and color this interesting illustration.

He was predicted to be the savior of the light of the Force, as Jedi Anakin Skywalker, apprentice to Obi-Wan Kenobi. However, he gets lured to the dark side of the Force and becomes the Darth Vader.

The two co-pilots and friends of the ship Millennium Falcon, Han Solo, and Chewbacca are busy fighting the enemies in this illustration. From being just a smuggler, they soon become part of the Rebellion. Print this coloring page and fill it with your best colors.

Controlling the crime business gang within the galaxy, Jabba The Hutt is an alien crime lord on Tatooine desert planet. In appearance, Jabba looks like a huge slug, their species known as Hutt, which are criminally deviated aliens with a penchant for violence and torture. Make sure to get the slimy effect of this slug-like alien creature.

The best mercenary in the galaxy, Jango Fett was chosen as a genetic template for the Republic’s Clone Army because of his exceptional skills as a warrior. Jango Fett was first seen in the movie, “Star Wars: Episode II – Attack Of The Clones”, released in 2002 which was the second installment in the Star Wars prequel trilogy.

First introduced in the 1980 film, “The Empire Strikes Back”, Lando Calrissian is revealed to be a jack of all trades. From working in industries like gambling, engineering, business as well as being con artist among others, Lando is an old friend of Han Solo and had owned the ship Millennium Falcon before losing it to Han.

Like most superheroes, even Star Wars franchise characters have been developed into their Lego avatars. Whether in video games, sets or short films, you can find Star Wars story being told and adapted in the Lego world. Print this page and work on carefully coloring the Lego models inspired by the Star Wars.

Continuing with the Lego-inspired models of the Star Wars characters, you can find the original villain Darth Vader showcasing his lightsaber while the droid R2-D2 looks on quietly. The clone trooper, Stormtrooper seems to be readying up for action, holding his blaster in the air.

Luke Skywalker is the main protagonist of the original Star Wars trilogy, who gets trained by Yoda, the greatest and oldest Jedi master in the Star Wars Universe. They seem to be maneuvering their way through a jungle in this illustration. Print this page and color the characters and the jungle background in proper colors.

Luke Skywalker is putting his Jedi training to good use in this illustration, by ably deflecting the strike from his opponent’s lightsaber. When you start coloring, showcase the brilliant light effect of the lightsaber with your coloring skill.

Fighting the elements in unknown planets, Luke Skywalker makes full use of his adept Jedi training from his Jedi masters, both Obi-Wan Kenobi and Yoda.

Dagobah is a planet consisting mostly of cloudy swamp and thick forests full of numerous living creatures. Dagobah being strong with the Force, Yoda has taken exile here. Luke Skywalker is told by the ghost of Obi-Wan Kenobi to meet Yoda on the planet in “The Empire Strikes Back”.

Living on planet Tatooine, Obi-Wan Kenobi also known as Ben Kenobi is a Jedi master. After rescuing Luke Skywalker and his droid C-3PO, he introduces Luke to Jedi training, once they head to Alderaan planet. They had discovered Princess Leia’s message inside the lost droid R2-D2 about taking it to Alderaan as the droid contained the plans to the Death Star.

The Supreme Chancellor Palpatine serves the Galactic Republic. However, he is later discovered to be a secret Dark Lord of the Sith with the name Darth Sidious. He plots and deceives to eventually become the Emperor of the Galactic Empire, discarding the Republic.

Two of the most important robot characters in the Star Wars franchise, R2-D2 is a small droid while C-3PO is a humanoid droid. These two characters provide comic relief as well as crucial assistance, playing great supporting roles to the lead characters.

Death Star is a superweapon of the Galactic Empire which functions as a space station, able to accommodate nearly 2 million personnel including droids. They are huge in size similar to the moon and equipped to destroy a planet with a single blast.

General Grievous is a villain who made his first appearance in the Star Wars franchise through the animated series “Star Wars: Clone Wars”. He is an alien cyborg, originally a warrior belonging to the Kaleesh species. Injuries led him to be reworked into a cyborg. Print this page and skillfully color this illustration.

Bossk is one of the six bounty hunters who was tasked to find the Millennium Falcon, the ship run by Han Solo and Chewbacca. A Trandoshan by species, Bossk detests and hates Wookiees species, even going to the extent of hunting them. He particularly doesn’t like Chewbacca.

From films, the world of Star Wars expanded into different media like television, games, animation, etc., entering the Guinness World Records for being the most successful film merchandising franchise. And this illustration pays tribute to some of the main characters of the Star Wars franchise. Once you have easily identified each of these characters, you can start coloring them accordingly.

This is the end of the first Star Wars movie showcasing the victory celebration. There is Princess Leia and Han Solo and Chewbacca seems to be shouting in joy. Print this page and join in their celebration by filling each character with your brilliant coloring skill.

Stormtroopers are the army or armed force on the ground of the Galactic Empire, ruled by the Emperor Palpatine. They seem to be chasing their enemies in this illustration.

The spacecraft used by the Rebellion in the Star Wars franchise to fight their battles, X-wing Starfighter comes in models like T-65B, T-65C-A2 and T-70. You can clearly see the four laser cannons drawn in the illustration along with the two proton torpedo launchers.

Yoda is a supreme Jedi master in the Star Wars Universe, with over 800 years in training Jedi. He has a peculiar way of talking, unlike the normal or usual sentence formation, often appearing as fragmented phrases. After the Republic is overthrown, Yoda goes into exile on Dagobah planet.

With that illustration of one of the most beloved characters of all times, we have come to the end of our intergalactic collection of Star Wars coloring pages to print. One of the pioneering film franchise in the world, from its technological story-telling to character development and visual effects, Star Wars franchise has collected over US$ 9 billion. Would you believe that at several points in the making of the first movie, George Lucas innumerable rejections and setbacks? Studios weren’t keen to support the film and the one that did had set a budget, which caused few creative setbacks in completing the film. There were roadblocks in even getting theaters to release the film. But George Lucas never gave up. So, if you have a dream, then develop a plan of action, keep working at it and never stop trying to achieve them. And don’t forget to check out our Sonic the Hedgehog coloring pages.