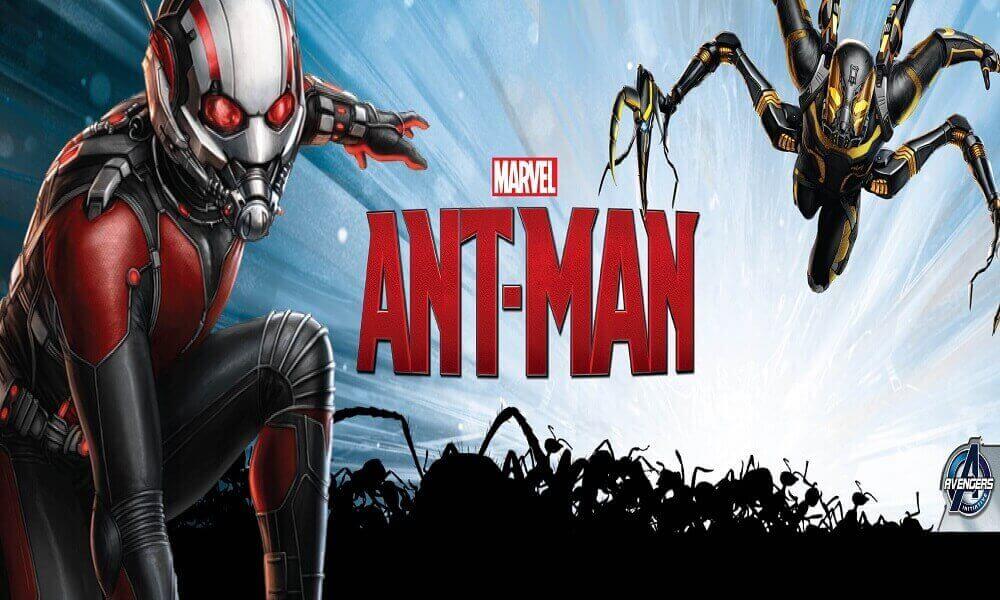 Hello, young readers. Since it’s less than a month to the release of Ant-Man and the Wasp, we’ve got you a collection of Ant-Man coloring pages to print. The Ant-Man first appeared in the Marvel comics, “Tales to Astonish (1962)”. Hank Pym, a scientist, in order to avenge the murder of his wife, develops the Pym particles. These were further processed to form a suit which allowed him to shrink to any size along with a helmet which controlled ants. Lo and behold, the Ant-man came into being to fight secret wars against injustice in all forms. Later, Pym developed another superhero persona for himself, the Giant-man. Following this, the Ant-man’s role was shouldered by Scott Lang and then, Eric O’Grady. Scott Lang was a thief who was tricked into whacking off the Ant-man suit, initially. Later, he gave up his criminal life and professionally started working as the Ant-man, till his death at the hands of the Scarlet Witch. Following this, the role was assumed by Eric O’Grady who was a low key S.H.I.E.L.D agent and could fall to any level to extract his own profit. He initially stole the suit for his selfish motive but ended up being a responsible agent. He met his end heroically, trying to save a girl from a villain called Father. The Marvel movie, however, doesn’t show Eric O’Grady at all while Paul Stephen Rudd stars as Scott Lang and the Ant-man.

Now that we’ve acquainted you with Ant-Man, let’s check out free Ant-Man coloring sheets for kids.

Meet the carpenter ant, Anthony, number 247. Anthony was named by Scott Lang after he became his chosen steed. The two have a horde of adventures to deal with in the coming times. Color them.

#247 was initially fitted with a camera by Hank Pym to spy on Scott Lang when he stole the Ant-man suit. Later he became the prime agent in Scott Lang’s escape from prison and Scott was trained by Hank Pym and Hope Van Dyne to ride him. And then Scott said, “I’m gonna call him Ant-Thony,” and the name stuck. Color the loyal steed with his master.

This is Janet Van Dyne, Hank Pym’s partner who took on the Wasp mantle to avenge the death of her scientist father. The Wasp was one of the founding members of the Avengers and also a long time leader. The wasp was rated the fifth-greatest avenger of all times by Marvel in 2013. Hold your breath, for the Ant-Man and the Wasp, are coming into live-action this July in a Marvel movie of the same name.

Can you spot the Ant-Man? That is what he is capable of. The ant man can shrink to such an extent that a risk factor exists of him disappearing into subatomic quantum reality. Color him in detail.

As Hank Pym said, “This is not some cute technology like the Iron-Man suit. This could change the texture of reality.” The Ant-Man suit comes with a lot of perks and risks. It also comes with the EMP communication device which enables the wearer to telepathically control ants by merely concentrating. Scott Lang had mistaken it for an old biker suit while stealing it and that is what led to the current state of things. Color the suited Ant-Man.

That is the ant man flying away atop Anthony with the EMP device. The rest can only stare in awe, including the horse. No one is a match for the lethal combination. Color the scene.

You are looking at an ex-con with a master’s in electrical engineering. Scott Lang, in the words of his enemy Cross, is a martyr who took on the entire system and paid the price for it. He lost his wife, family and stands fearless donned in the Ant-Man suit. Color the selfless superhero.

The Ant-Man can shrink to the size of half an inch with the help of the ‘reducing gas’ and can return back to his normal size with the ‘enlarging gas’. Both of these are stored in separate canisters in his belt. Using these gaseous forms of the Pym particles, he also can shrink other objects and individuals. Color the lethal Ant-man.

The Ant-Man helmet was developed by Hank Pym who wore it around all the time. The helmet has undergone various changes in its uses and structure over the years. The newest version of the helmet matches size when Pym particles are detected and also automatically targets sensors. Hank Pym emphasizes wearing the helmet whenever the suit is activated because shrinking can cause a chemical imbalance in the brain without the helmet. Color the genius creation.

Even the ants stare helplessly as a fully grown individual shrinks himself to half an inch. His cybernetic helmet also allows him to command the ants within a mile. Even though he doesn’t have complete control, the Ant-man can influence ants to work as entire colonies in his favor. Color the supreme commander of ants.

Anthony from the ant-man is a specially trained carpenter queen ant. Being Scott Lang’s chosen ride, he has assisted the Ant-man in stealing from the new Avengers facility and also evading Falcon. However, in his last pursuit, he was hit by a bullet from the Yellowjacket aka Cross. Color the memorable steed with his master.

The Ant-man after donning the suit became Pym’s closest associate. Pym’s protégé, Cross, and his daughter Hope Van Dyne forced him out of Pym technologies while Cross developed his own version of the Ant-man suit, the Yellowjacket. Pym knew that this could prove to be fatal and hence tricked Scott Lang, the master thief into joining him. Ever since Scott Lang has assumed the role of the shrinking superhero. Color the man who shrinks in size and gains more strength.

Ex-con Scott Lang stole the suit initially to save his daughter. Now he is ready to take up all jobs which are ‘too small’ for any other superhero. Color this Lego Ant-man.

Janet Van Dyne aka The Wasp, Hank Pym’s partner shrank into subatomic reality and was lost forever. Now her daughter, Hope Van Dyne shall don the Wasp suit. Color the Ant-man ready to join the Wasp in her ventures.

Minions have been the cutest things around for a while now. Color this one up, dressed in the Ant-man suit.

Hope Van Dyne and the Ant-man make a marvelous duo. Color them as they plan their next heist inside Pym technologies.

Scott Lang took to burglary because he couldn’t provide enough for his family through repair work. However, ending up in jail he went through a transformation. This is Scott Lang pondering over his daughter’s plight. Color the good-looking con.

It is during his time in jail that Hank Pym manipulates him through his friend, Paul. Even though Scott wants to leave the criminal life for good, he realizes that work doesn’t come easily to an ex-con. Eventually, he agrees to steal the Ant-man suit. This is the moment from where in his life took a different turn. Color this epic scene.

After stealing the suit, Scott is caught by the cops. He was entirely left at Pym’s mercy. Pym planned his jailbreak with the help of ants and Scott eventually saw the light of the day. Color the scene as he is led away by cops.

After his escape from prison, Pym presents him with the idea of him becoming the Ant-man. Scott weighed his pros and cons and finally took on the burden of ridding the world of evil, for good. Color him as the realization dawns upon him of becoming the smallest superhero.

The Ant-man has gone through a lot over the years. His character has developed, as has his suit and helmet. His daughter was also kidnapped by Cross to lure him into a fight. It was then that he had to shrink to microscopic size and disappeared into the subatomic quantum realm. However, he managed to recover back to his original form. This led Hank Pym to wonder if Janet is still alive who also had gotten lost in the sub-atomic quantum realm. Marvel has launched a comic series with just two months left for the movie to release. Brush up your Ant-man memories with these free printable Ant-Man and the Wasp coloring pages and the Marvel comics. This July, the Ant-man will join the Wasp to wreak havoc in the criminal world. Till then, bite your nails and fill these free Ant-Man coloring pictures to print.