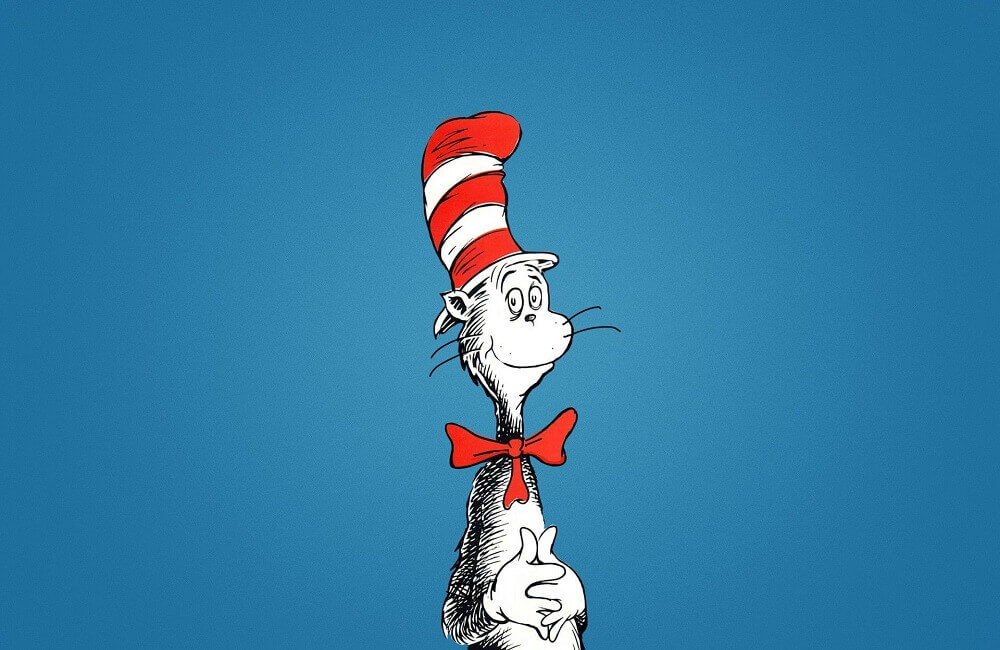 “The Cat in the Hat” is one of the most popular children’s books to have graced the planet. Written by Dr. Seuss in the year 1957, the story tells the tale of a lanky, anthropomorphic cat with a plethora of magic tricks up his sleeve. Let’s dive into the magical world of this Dr. Seuss character with our collection of free printable Cat in the Hat coloring sheets. 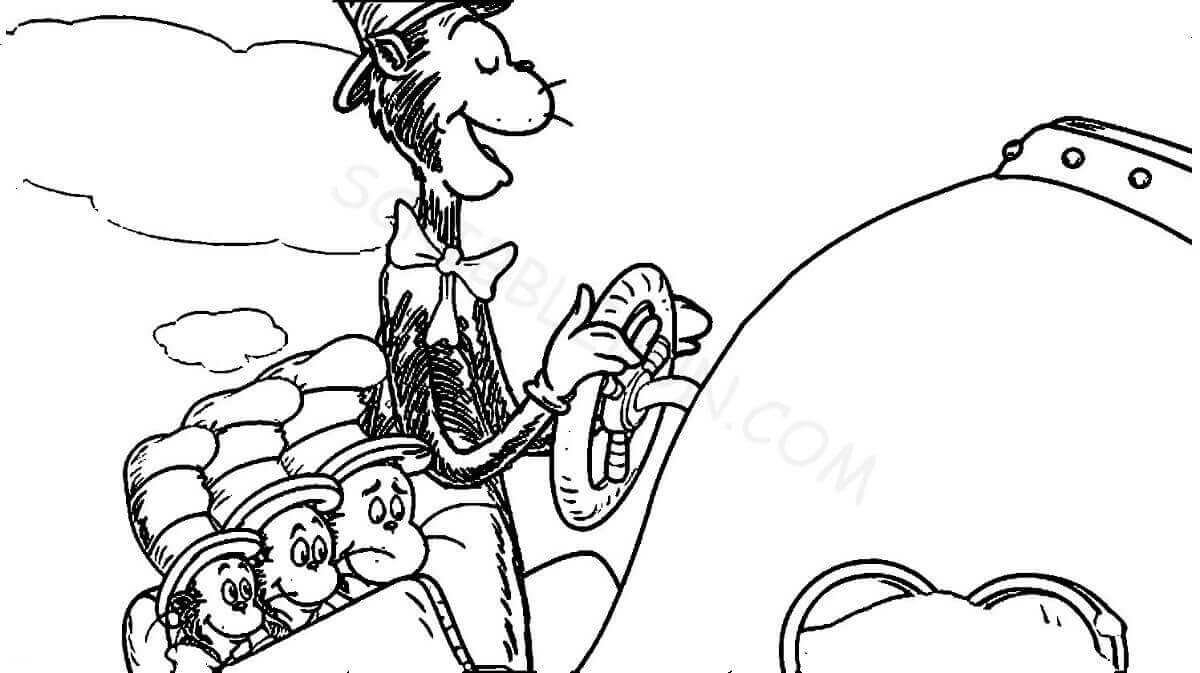 We’re kicking off this coloring page with a rather exciting coloring page of the Cat with the little cats named A, B, and C. The Cat has decided to take them on a ride in his favorite vehicle. While B and C look happy, A looks rather terrified. Maybe he isn’t very confident about the cat’s driving skills. 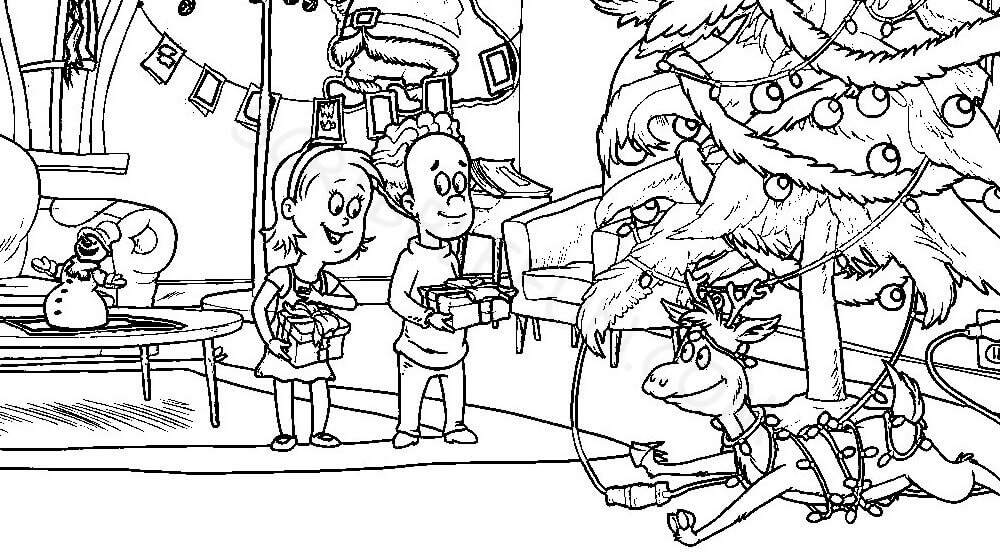 Here’s a coloring page of Sally and Conrad all set for celebrating Christmas. It’s Christmas eve and both the little kids have received their gifts. We loved the detailing of this illustration. Each element of Christmas is used well in this picture, right from the Christmas tree to the reindeer to the snowman. 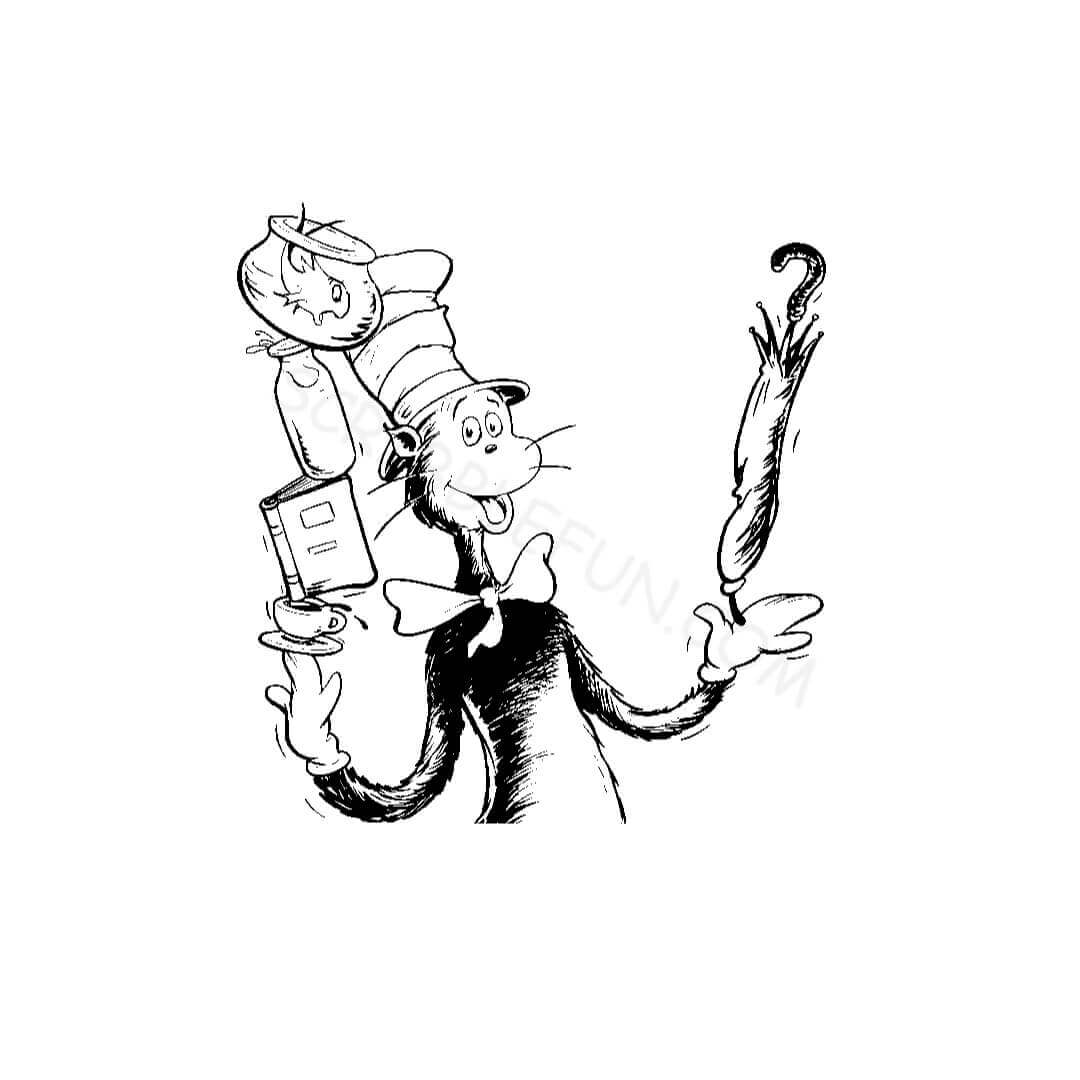 Don’t we all know how talented the cat is with juggling and balancing skills? On this coloring page, we see him balancing a cup of tea, a book, a bottle of milk, the fish on one hand, and its umbrella on the other. 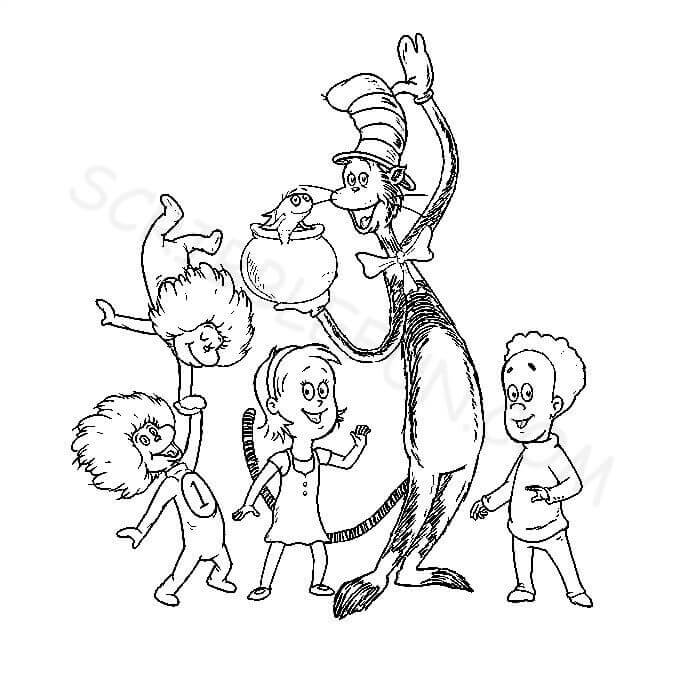 This illustration displays all the major characters of the Cat in the Hat, namely the Cat, Thing 1 and Thing 2, Sally, Conrad, and Mr. Krinklebin. You should definitely print out this picture for celebrating Dr. Seuss Day, also known as National Read Across America Day. 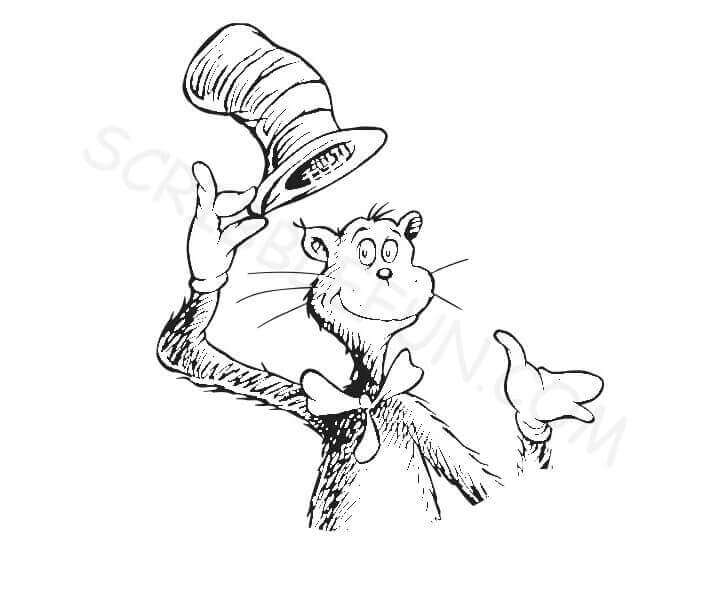 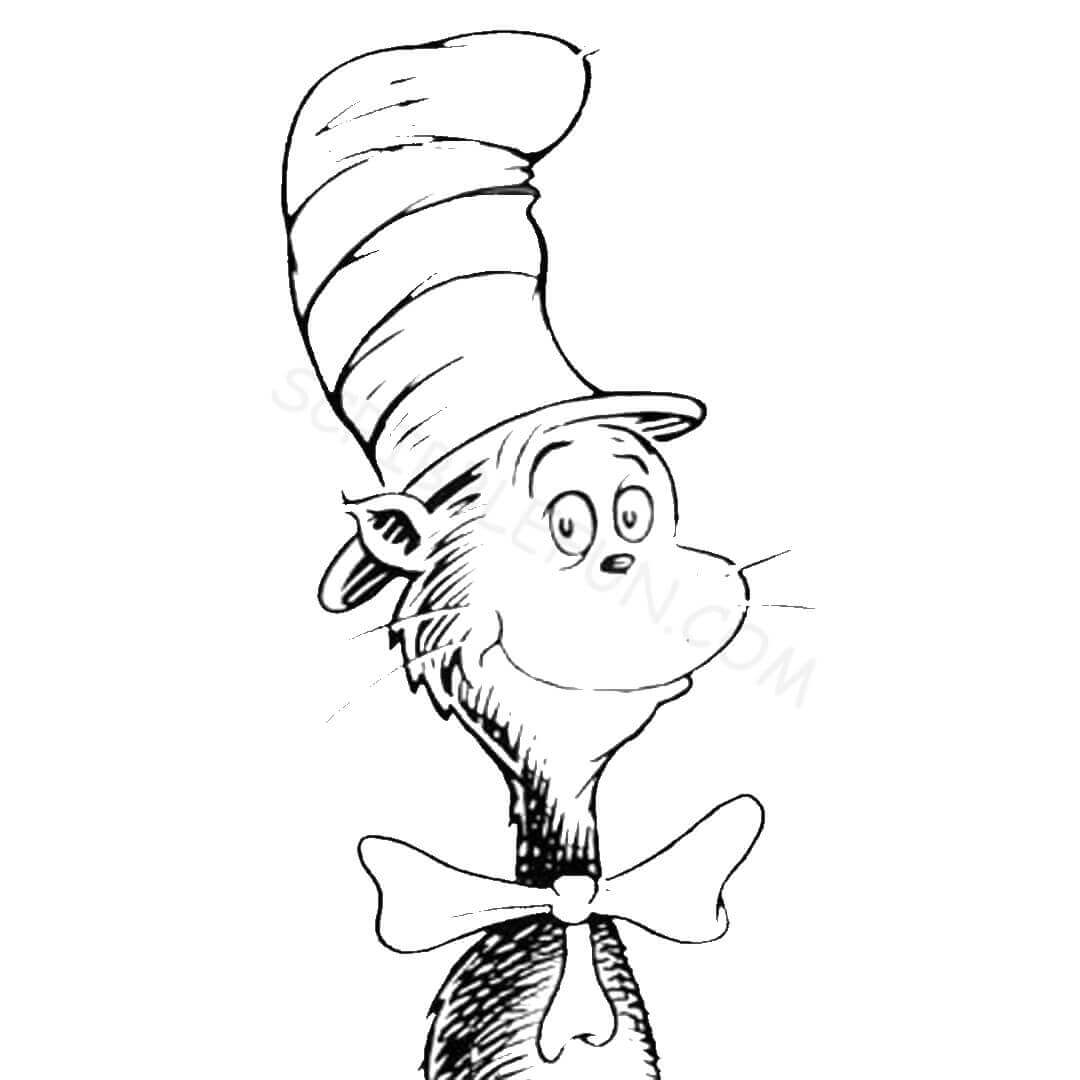 This coloring picture gives a close-up of the face of the Cat. This anthropomorphic cat is black and white in color and wears a red bow tie and a red and white striped hat. 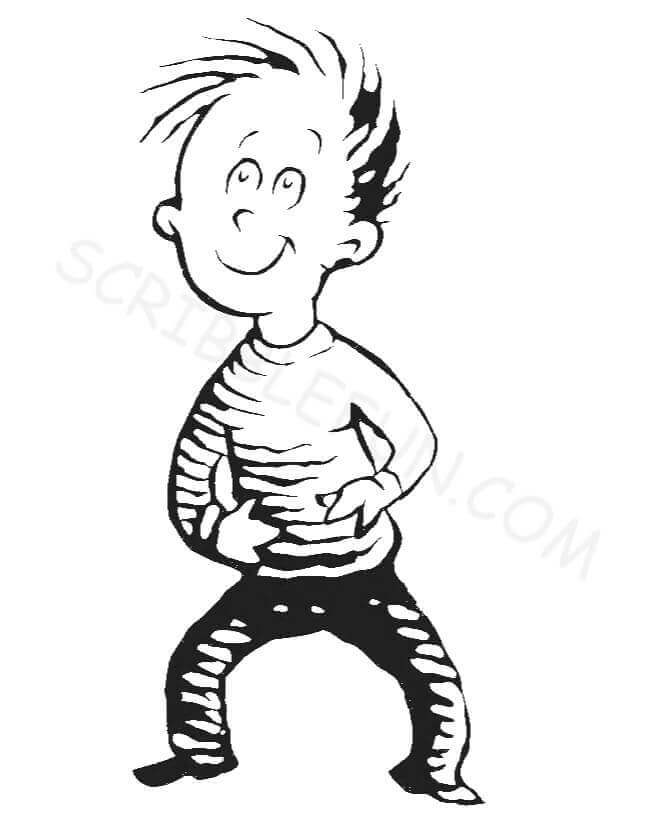 Conrad is Sally’s brother and Joan’s son. In the book, Conrad is portrayed as a well-behaved and regular kid. But the live-action movie shows him as an ill-mannered, rebellious and destructive child. His name wasn’t really revealed in the book as he was the narrator. The name Conrad was given to him in the live-action movie. 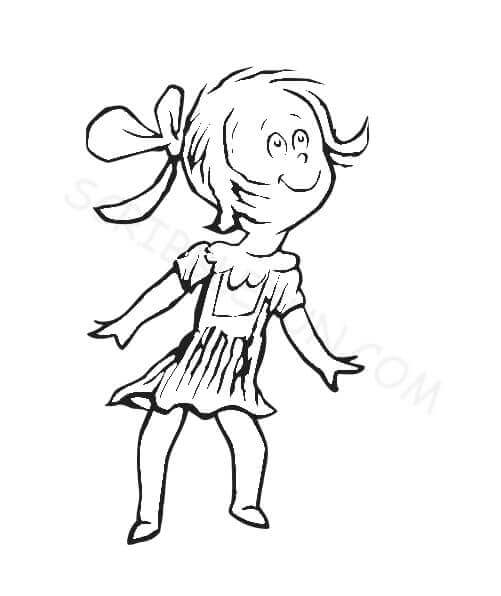 Meet Sally, the beautiful and cute daughter of Joan Walden and the younger sister of Conrad Walden. Sally might be the younger one but she is way more mature than her brother and always tries to get him on the right path. This is the book version of her appearance where she is seen wearing a purple knee-length dress over a frilly blouse. You’ll always find a red bow on her blonde hair. 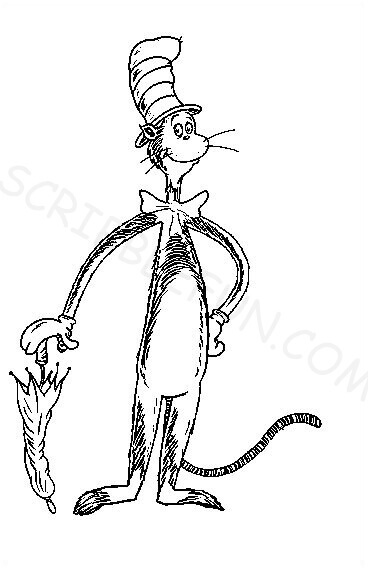 You’ll always or mostly find an umbrella with the Cat. The umbrella can be in any color, be it blue, red, or green. There’s even an orange umbrella that helps him fly around the town. So which color would you give this particular umbrella? 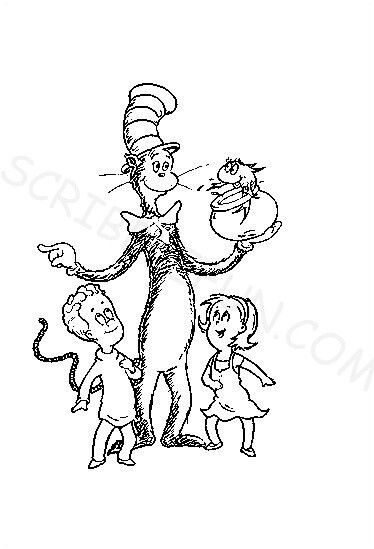 Here’s another coloring page that you can print out to make posters and banners on Dr. Seuss Day. It features the Cat with Sally, Conrad, and The Fish. It was really endearing to see the Cat perform for Conrad and Sally when they complained of being bored. However, the fish wasn’t very pleased with his act. 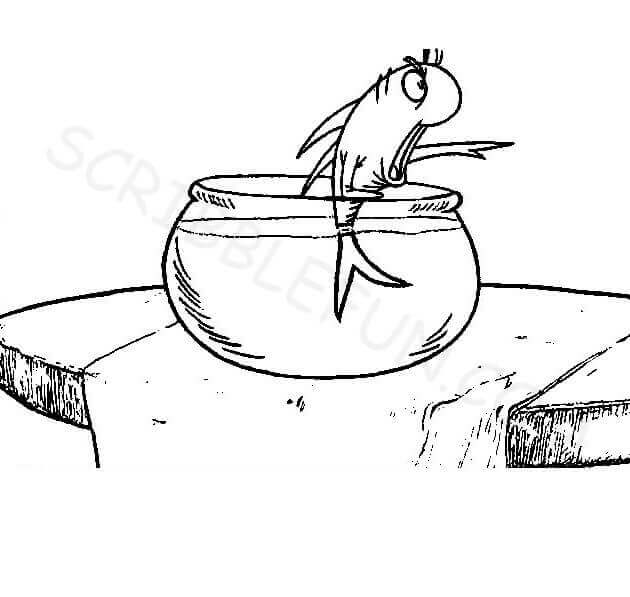 Meet Carlos K. Krinklebine, the Fish from the book “Cat in the Hat”. For those who don’t know, this name was revealed in the TV special of “The Cat in the Hat”. In the other adaptations of the book, he is called just ‘Fish’. The Fish is very apprehensive about the cat’s presence in the house as he is a stranger and does weird things in the house. 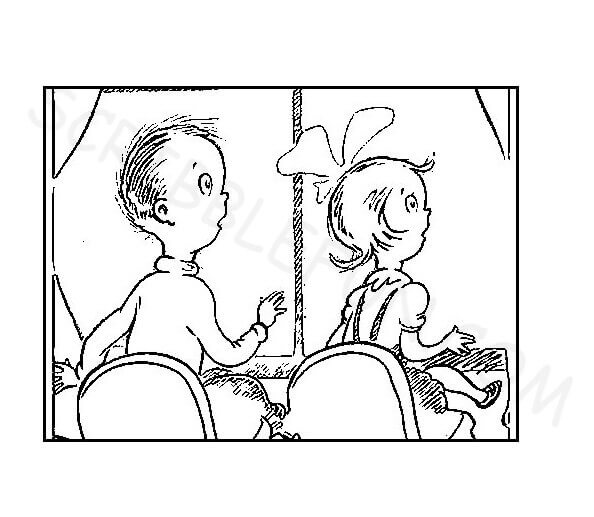 This illustration shows Sally and Conrad staring out of the window in disbelief. What do you think they must have spotted out of the window? Has the Cat arrived again? Sally and Conrad felt a bit scared interacting with the Cat initially, but as time went by, he grew fonder of him. In fact, the Cat also takes the kids on several learning adventures in several of his stories. 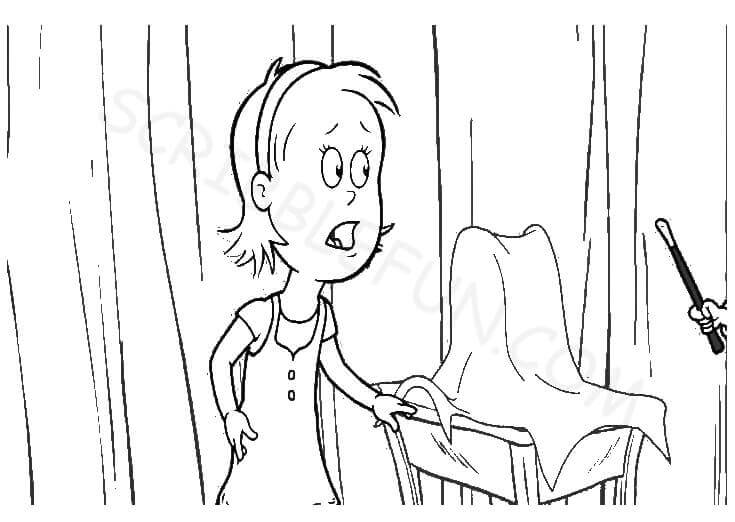 Not many people know but the real name of Sally in the book is Sara. She is fondly called Sally by her near and dear ones, which includes the Cat as well. This illustration is from the TV film that aired in 2016. The clothes are kept the same, but since the animation changed. Sally looks a bit different. 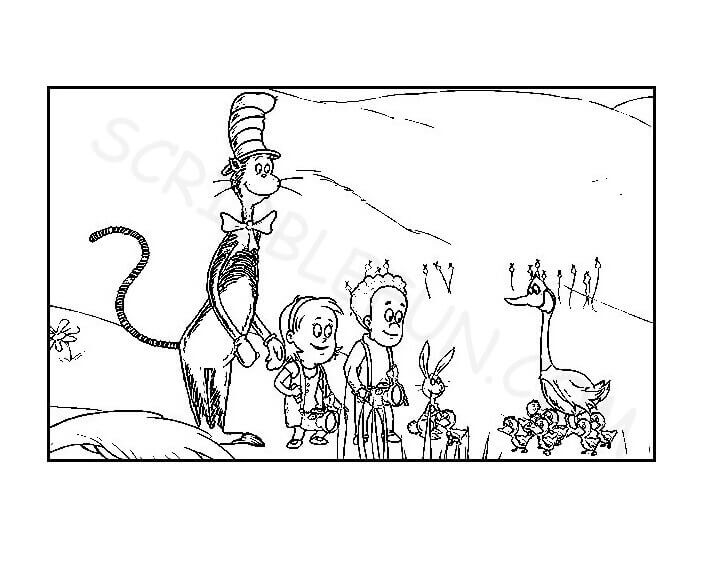 Looks like the Cat has brought Sally and Conrad to meet his duck friends at the hills. We see a mommy duck with her little ducklings and a little rabbit as well. Everyone is intrigued to see each other in this coloring picture. There are also a lot of details to fill in this coloring picture, which I’m sure the kids will enjoy. 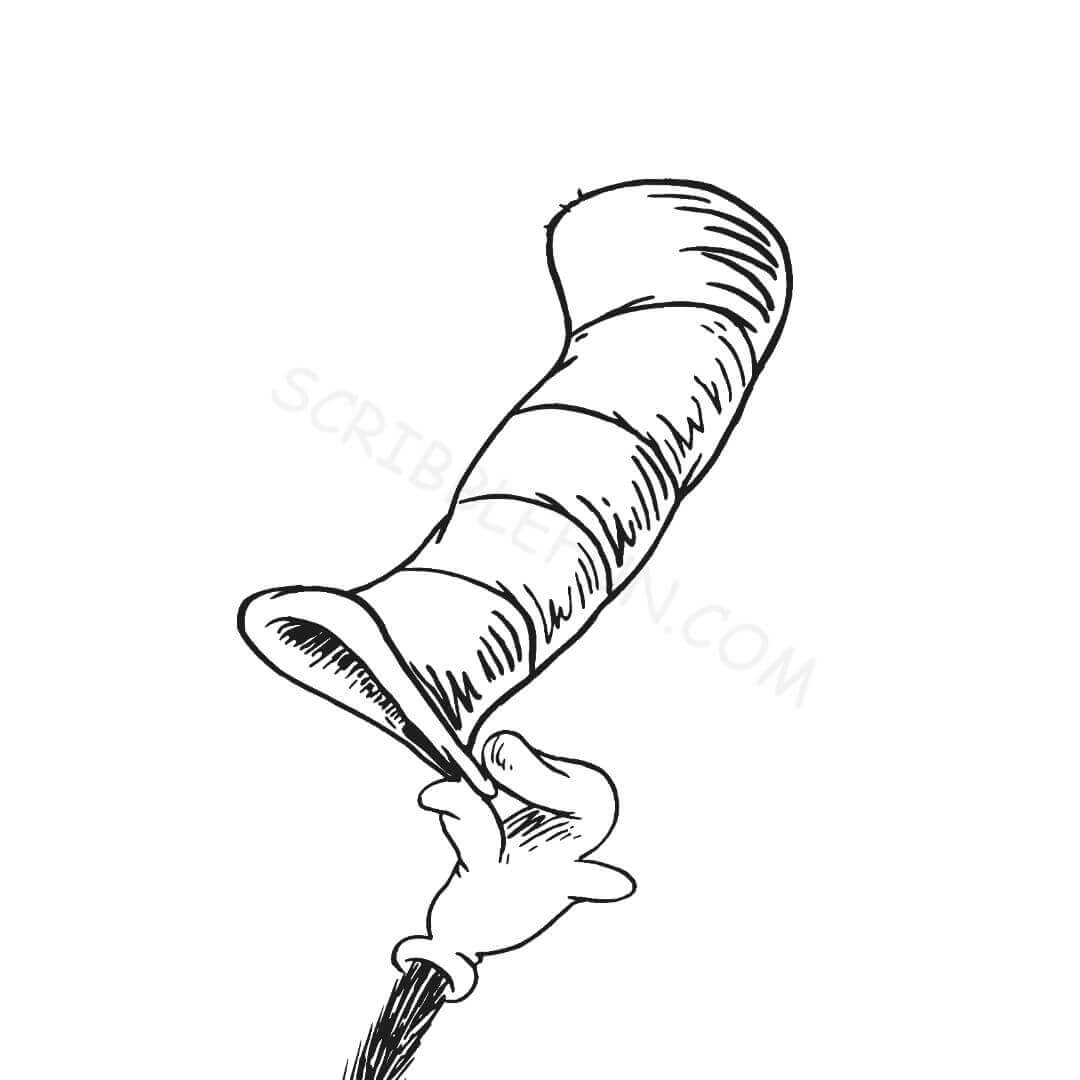 Here’s a coloring page of the very special hat from the “Cat in the Hat” book. It’s no ordinary hat but a magical hat that allows the cat to perform magic tricks. 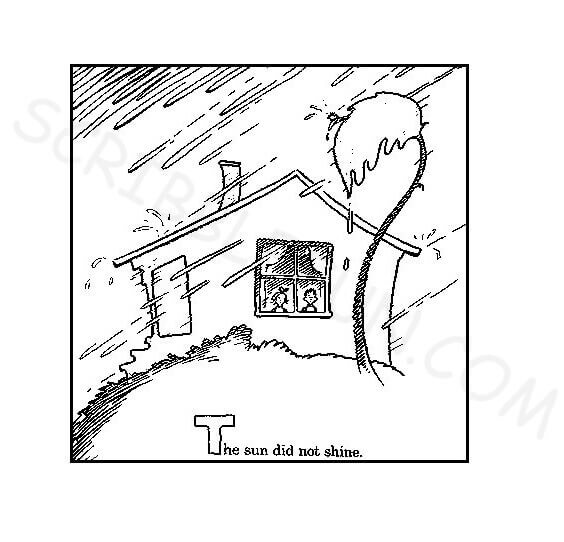 Here’s the coloring page of the Walden House before that Cat entered. It was a windy and rainy day and the kids were getting bored. Soon they hear a thud somewhere in the house and they see the Cat in the Hat appear. The Cat then signs a contract with the kids that they can do whatever they want in the house and nothing wrong will happen. 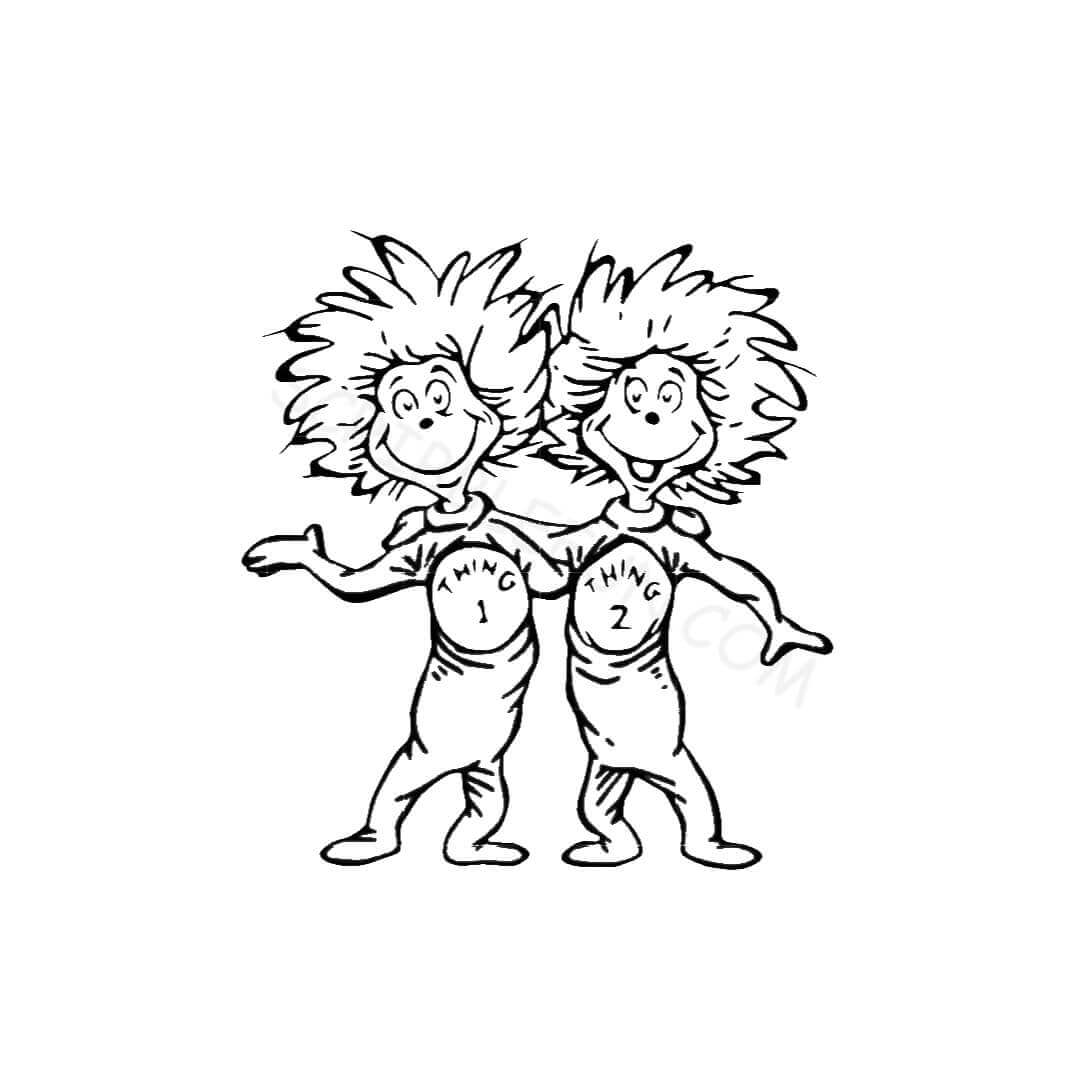 Thing 1 and Thing 2 are close friends of the Cat. These human-like twins sprang out of the box that the cat got to introduce to Sally and Conrad. These twins are extremely mischievous and cause destruction in the house by flying kites and knocking everything in their way.

We hope you enjoyed our collection of exclusive and original Cat in the Hat coloring pages featuring all the major characters. We will be updating the article with more Cat in the Hat printables, so make sure you stay tuned with us.