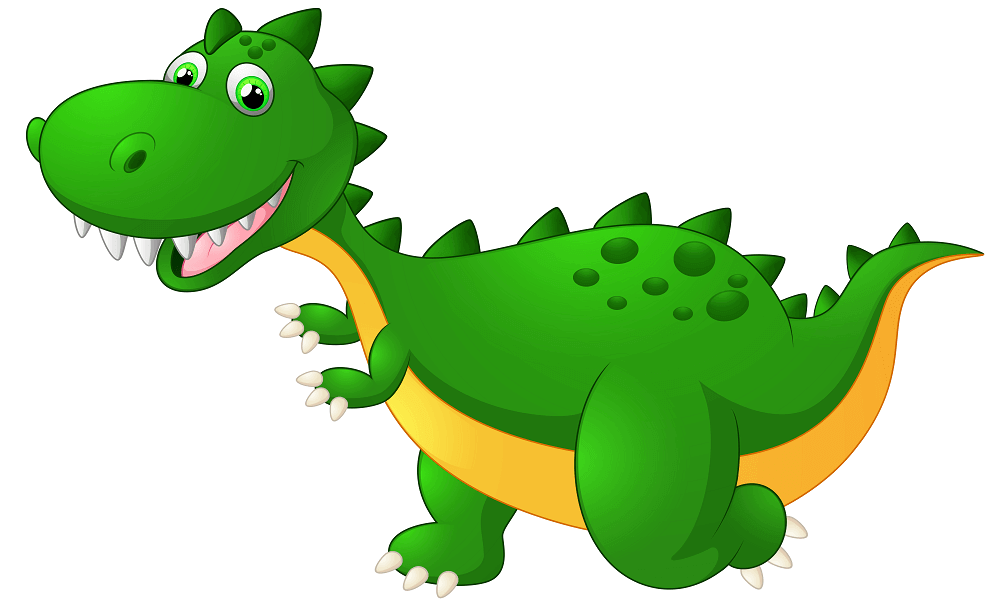 Hello there, young learners! This series of free printable coloring pages is dedicated to the most mysterious of creatures, which may or may not have wandered the Earth in the past. However, just like their forms and features, their existence too, is a topic of debate. Let’s see the Dragons! Dragons owe their existence to various mythologies and folklore. The West and East are split in their belief of how it looks. Both agree that they were four-legged, serpent-like, fire-breathing reptiles. West says they had wings and horns, while East says they flew without wings and had above-average intelligence. Let’s fill these free printable dragon coloring pages and decide how they should look! Check out our collection of dragon coloring sheets to print below.

Dragons have always been believed to be powerful creatures, either by magic, or by their physical prowess. With their sharp claws and teeth, and spikes on the back, they can fill anyone with terror and fear. So be brave and color this angry mystical creature!

The physical appearance of dragons is an endless debate for everyone – how their legs were, did they have horns, and did they have wings? But every mythology describes them serpent-like, which means they were reptiles. And like every reptile, they were oviparous, that is, they laid eggs. Doesn’t this baby dragon look cute?

Here we see Tony looking amazed by the way his brother Timmy has managed to get himself stuck in the egg. Timmy has just hatched, but he seems confused how to get out of the egg. Is he hesitant to break the egg or is the eggshell stronger than Timmy? What do you think? Color this cute picture!

Dragons are associated with Angels and Demons by the myths, and are supposed to look ferocious. Thanks to cartoonists and their imaginations! They made these supposed ferocious creatures look like cute soft toys. Choose some cute colors and fill this dragon with it. Let’s make cartoonists proud!

Meet Sam, a friendly dragon. He loves playing fetch like dogs and cuddling like cats. Moreover, he can fly like birds. He makes a good protector against enemies too as he breathes fire! His fire-breathing ability makes him the neighbor’s favorite as he comes handy for barbecues.

Meet Danny, the four-winged dragon. She is a prolific flier. That is how she manages to be a menace to her neighbors. She has been known to steal cookies, fruits and sometimes, toys from the neighbor’s balcony and backyard. But she is a kind-hearted neighbor too. She scares away the criminals from the area with her fiery breath.

Dragons have an honorable position in Chinese culture and mythology. Unlike the Western dragons, they don’t have wings and horns, but can fly or slither through the air. They were associated with the kings in Ancient China. In fact, it is also a Chinese zodiac and one of every twelve years belongs to it in the Chinese calendar.

Dragon’s appearances are believed to be inspired by a number of creatures. While snake remained the major contributor, some believe it had legs of a lion, eagle, horse, etc. This dragon Grumpy seems to be derived from a fat kangaroo. Don’t you think?

See Julio, the coolio! He is the coolest dragon you will come across, not because he breathes blue flames, but because he has a good sense of humor. Having a horn of a rhinoceros, he can spin a ball on it while flying. Isn’t it cool!

Every flying creature needs to learn how to fly. But dragons are different. They are born with wings, and they can fly right after birth. But Wilbur’s wings were underdeveloped. As he grew and his wings grew sufficiently, he decided to have a test flight. Look how he is wearing a flight helmet. One should always wear a helmet while riding or flying.

During a flight, Gus heard a sweet melodious song. Then he chased that sound. He saw that it was a canary. Delighted by the melody, he made a new flying friend in the name of music. Here he is requesting the canary for another song. Color them in sweet shades!

Diva is a total beauty queen. Her wings, forehead and entire body are decorated with bright stones. She has huge, exuberant eyes and sparkling horns. She is less ferocious and more gorgeous than rest of the dragons.

Dragons breathe fire, and that makes them one of the most feared mythical creatures here. But Gunter has turned that power of his as a source of his talent. He loves cooking, and doesn’t use stoves or barbecues. He himself is a barbecue-on-the-go.

One thing common between birds and dragons is the ability to fly. Some believe that dragons used to have eagles claws and talons, while some believe they even had beaks. Here we see a friendly dragon probably playing with a little bird. Don’t they look cute?

Legends in the West believe dragons used to be supernatural guardians of certain places. This idea was used well in many stories, movies, and series to show Castles being protected by dragons, as dogs would be too small for the huge structures. Does Rudolph here look dangerous enough to be a Castle Guard?

Few believers of mythology still think that dragons exist and they hide away from human population. Most of them are believed to stay hidden in isolated towers like this one. However, Kevin here is just perched on a small tower. Color him cutely!

Fairies are believed to be Angels that are the size of butterflies, and they are found around every flora and fauna. And dragons are related to nature in some mythologies. So it is a probable thought that if fairies exist, so do dragons!

According to Ancient Chinese mythology, dragons had high intelligence and were difficult to fool. Being magical creatures, it is believable. Here Theodore has developed a reading habit and joined a college. What should be the color of the college flag?

Here is a baby dragon blowing fire. Dragons were powerful and mighty, maybe that is why they could be mean. Color him well and practice how to write!

The myth of dragons has inspired some of the best books, shows, and movies. Kids loved Dragonball Z and Beyblade that had many dragons involved in the storyline and action. Books like Eragon, Inkheart, and A Song of Ice and Fire also became famous among adults. Which dragon is this?

Neither zoologists, nor paleontologists have proven the existence of dragons. But many inscriptions and manuscripts have described them. So no matter how you draw them, there is not enough evidence to disprove your drawing. Color this imagined dragon the way it should look as per you.

The fire-breathing magic would have made dragons the most dangerous living things on earth. Thankfully, they exist only in imaginations of many. As per one of those imaginations, they love playing Fireball!

Dragons, mythical or real are the most royal creatures, in Chinese culture. They are a symbol of royalty, power, strength and good luck. They were believed to have potent and auspicious powers over rain, winds, typhoons and other forces of nature. Color this dragon in the colors of forces of nature!

Dragons were not only evil, but good or Heavenly too. Leviathans are a good example of evil dragons, Mushussu the good one. Here we see an innocent, friendly dragon probably praying for peace on Earth!

Just like the dragon in some mythologies and cultures, the tattoo is a significant part of many cultures. Nowadays, tattoos are a fashion statement too. Tattoos are meant to mean something or convey a message. Dragons can mean power, energy or strength. What do you think this tattoo would mean?

An essential requirement to be able to fly is being lightweight. But if weight is less, strength becomes less too. Maybe the inflammable gas gives them some buoyancy to be light, as the light gas in these balloons. Color this cute dragon flying with these floating balloons!

As dragons sometimes represent various forces of nature, some theorists might state that dragon of the fire element not only breathes fire, but is always covered in flame too. What do you think – should the Fire Dragon look like this? What should be his colors?

This is Misty. She is sweet and friendly. Like many other of her friends, she can fly and breathe fire. She likes playing with fire. But she is a dragon; you should not play with fire. Dragons are designed to kill, no matter how cute. Look at her tail – when she grows up, she can demolish buildings with it!

See this fully grown dragon, Carl! He is huge, fast and strong. He is breathing fire that is hotter than the one in your cooking stoves. Actually, they breathe only an inflammable gas that catches fire in the atmosphere. Do you think he can carry you on his back?

Meet Luther, the gentleman dragon. He loves having coffee with vanilla pastry. He walks with a stick and wears a monocle. He is never seen blowing fire, just sweet and smart words. Dragons are thought to be intelligent, and this adjective suits Luther’s description.

Ferocious creatures to view, Jolly is quite contradictory to this description. He is known for his jokes and tricks. He is loved by the kids around. He wishes to work in a circus one day. He can fly, but his landing has always been full of fumbles.

Dragons are seen in many tattoos, stickers, and TV shows. Most of them have shown them to be as ferocious as this one, with wings, claws, scales, and horns. In some shows, they are used against huge armies that they just burnt to the ground in an instant. Color this one in shades of fury!

Unlike birds, dragon’s wings are not made of feather. They are believed to be fleshy or skin wings. They are strong and flexible to propel them to the sky over the clouds. This makes their wings water-proof and allows them to fly in any weather.

Though considered strong, dragons are not regarded as immortal. Their bellies were considered vulnerable. So by survival instincts, just like any biological creatures, they slept in a curled position. Their tough wings served as the shield to protect the vulnerable body parts. Here, we see a dragon going to sleep.

Mystical creatures present only in legends and myths, they have gained more fame than many living species. Tattoos, stickers, even national flags of a few countries bear their forms and designs to immortalize these legendary creatures. Maybe a few dinosaur fossils inspired the appearance of these magical beings. Do you think they existed, or still do? Think about it while you color these pages!