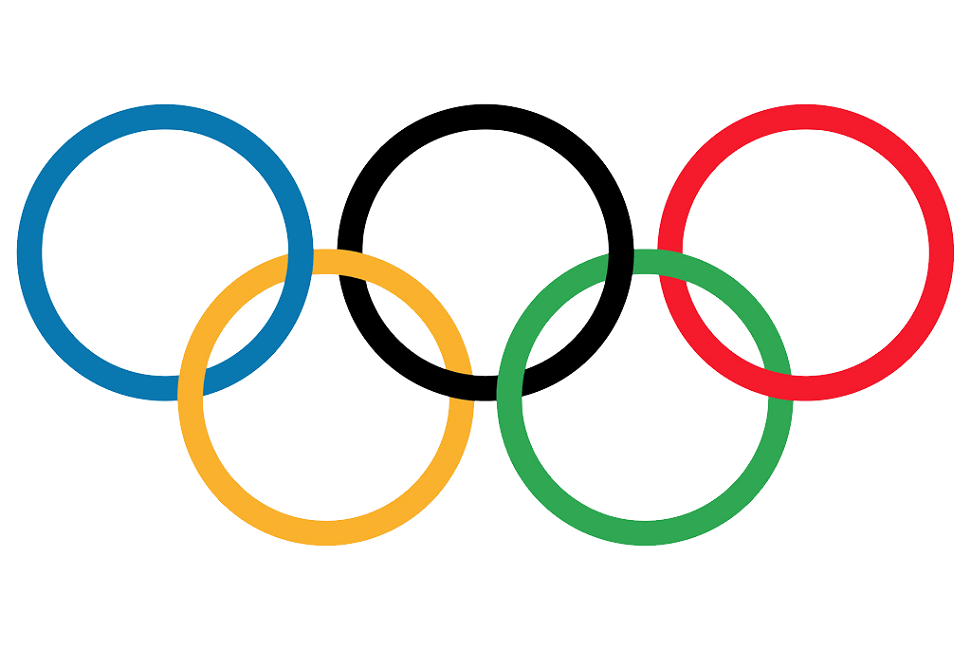 Sport is a part of our lives that we get introduced to at a very young age. We get to learn about sports through both indoor and outdoor games as a young learner at school and at home playing with our families. Through sports, we learn how to use our intellect as well as our physical strength. While most of us continue to play some kind of sports all through our lives, some of us get to play at a professional level. And when it comes to professional sports, every sportsperson dreams of winning a medal at the Olympics. Yes, you guessed it right! Today we’ve got our readers a collection of free printable Olympic coloring pages.

The Olympics is an important international multi-sporting event, participated by several countries around the world. It consists of two main editions – Summer Games and Winter Games edition – and also a Paralympics edition for sportspersons with disabilities. Each edition is held every four years, but the Summer Games and Winter Games are held alternately two years apart. The Paralympics event follows the main sporting event of each of the Games.

The International Olympic Committee (IOC) was founded in 1894 to revive the ancient Greek sporting event that was held in Olympia, Greece. The IOC organized and held the modern Olympics for the first time in 1896. The host city is decided by the IOC several years in advance depending upon the proposals by different countries, allowing them ample time for the requisite preparations. The upcoming Summer Olympic Games is being held this year in Tokyo, Japan with the following edition to be hosted by Paris in 2024. Let’s take a closer look at the sporting world of the Olympics through this collection of Olympics coloring sheets to print.

We are starting off the collection with a look at the logo and mascots of the 2012 Summer Olympics. If you look closely you can see that the logo in the center is actually the number 2012. The two mascots named Wenlock and Mandeville are illustrated here, flanking the logo in the middle and represent two drops of steel. The Games were topped by the United States, China coming in second with the third position held by the host country Great Britain.

The upcoming Summer Olympics, being held in Tokyo, Japan, will take place from July end till the beginning of August. Illustrated here is the official emblem which shows a checkerboard pattern designed in the form of a circular ring.

Here is an illustration showcasing one of the winter sports known as alpine skiing. As the name suggests, the sport involves skiing downhill snow-covered slopes on fixed-heel skis. The sport was first introduced to the Olympics event at the 1936 Winter Olympic Games.

One of the team winter sports that comes with a sled is bobsleigh. It involves a two-member or four-member team riding down an artificially designed ice track. The team that clocks the fastest time wins the game. You can see a two-member bobsleigh team rolling down the ice track in this illustration. Celebrate their participation with colors.

Players of the curling game look like they are sweeping the ice floor as illustrated on this coloring page. Doesn’t it look like a pretty amusing sight? The ice floor has concentric circles and the players have to slide stones to enter those circles in order to play and win the game.

This is the most identifiable image that symbolizes the Olympic Games. Known as the Olympic rings, the symbol shows five intertwined rings representing the five continents. Print this page and color the rings in the official five different colors – blue, yellow, black, green and red.

As the name suggests, freestyle skiing involves a lot of different styles and even doing aerial flips and spins. You can see one such instance of a flip in this remarkable illustration. Since 1992, freestyle skiing has been part of the Winter Olympic Games. Give this action-packed illustration some smashing colors.

Gymnastics test different abilities of an athlete and perhaps that’s why it has been part of every Summer Olympic Games. While this illustration showcases a female gymnast in action, for 32 years only men competed in the Gymnastics category of the Olympics.

Part of the track and field, high jump involves an athlete jumping over a bar without knocking it down. The jump has to be naturally done, without any aid. Do you think the athlete in this illustration is able to pass over the bar? You can think about the answer as you color this page.

Here’s an illustration of another track and field event, this time it involves spear-throwing, known as the javelin. As you can see, the athlete takes a run and then throws the spear as far as they can. Boost the morale of this athlete with encouraging colors.

The Olympic torch is part of the Olympic Games ritual. At every Olympics, the first ritual is the torch relay whereby the fire lit at Olympia, Greece lights the Olympic torch which is then carried and transported to the host city. At the Opening ceremony, the torch is used to light the Olympic flame which remains burning till the end of the games.

The last Olympics, which was the Winter Olympics, was held in 2018 in South Korea. It was commonly known as PyeongChang 2018 as illustrated on this coloring page. The Olympic emblem of this edition is a tribute to the Korean alphabet, Hangul, as well as symbolizes ice and snow.

Marathon, a long-distance running sport, has been a part of the Olympics since 1896. But it took almost ninety years for women marathon event to be included in the Games. This illustration shows a man triumphantly reaching the finishing line with second place athlete visible in the background.

The Paralympic Games are another edition of the Olympic Games which are held right after the main Olympic event. Every Summer and Winter Olympic Games have Paralympic Games – a platform for athletes with a range of disabilities to participate in all the different Olympic sports. Cheer up this athlete celebrating his victory with colors.

After the upcoming Tokyo 2021 Olympics, the next Summer Olympics will be hosted by France. Commonly known as Paris 2024, the illustration on this coloring page shows the initial design – inspired by the Eiffel Tower – that was used for its official bid to be awarded the 2024 games. The official logo, however, has been redesigned.

2014 Winter Olympics was hosted in Sochi, Russia. In order to decide the Olympic mascots, a public vote was held, with the final three official mascots revealed as a polar bear – illustrated beautifully on this page, a snow hare and a snow leopard.

As the name suggests, the 2016 Summer Olympics was held in the popular tourist destination of Rio de Janeiro, Brazil. Being the host country seemed to have help, as Brazil ended up giving its best Summer Olympics performance, winning seven gold medals.

Ever since its introduction to the Winter Olympics in 1992, the short track speed skating game has been won several times by teams from China, South Korea, the United States, and Canada. The game involves skaters racing on an oval-shaped ice track.

Every modern Summer Olympics edition has had swimming as part of its sporting event. However, the women’s event was introduced in 1912. Here you can see a swimmer taking a position to leap into the water at the sound of the horn.

Altogether three mascots were chosen for the 2014 Winter Olympic Games in Sochi, Russia. We have already illustrated the polar bear earlier; here you can see the illustration of a cute snow hare.

The third mascot of the Sochi 2014 was the snow leopard. Look at it playfully greeting, waving his hands at you. Print this coloring page and bring out the details with colors.

The 2010 Winter Olympics was held in Canada in the month of February. This illustration shows the logo called Ilanaaq, which is a word in the Inuktitut language meaning friend. It looks like a stone monument doesn’t it? That’s because it is inspired by the stone landmark known as Inuksuk.

The 2018 Winter Olympics or PyeongChang 2018 had a tiger as its Olympic mascot which was named Soohorang. The name is a combination of two Korean words: ‘Sooho’ is Korean for protection while ‘rang’ means tiger in Korean. Print this page and give this fun mascot, your expert coloring skills.

Here’s a closer look at the Olympic medals which every competitor dreams of winning during the event. The inscription on this Olympic medals, ‘XX Olympic Winter Games’ refers to the Torino 2006 game. The three medals represent the three different winners of all the sports – gold, silver, and bronze.

On that winning note, we have reached the end of this sporty collection of Olympic coloring pictures to print. I hope you have learned a lot about the Olympic Games while having fun coloring the informative and inspiring images. If you have not yet watched an Olympic game before, you can set your reminder for the Tokyo 2021 Olympic Games which is scheduled to begin in July this year. Did you know that Tokyo is the first Asian city to be hosting the Summer Olympic Games twice? The first time was nearly sixty years back in 1964. Altogether, along with the 1972 Sapporo and 1998 Nagano Winter Olympics, this year will mark the fourth Olympics for Japan.