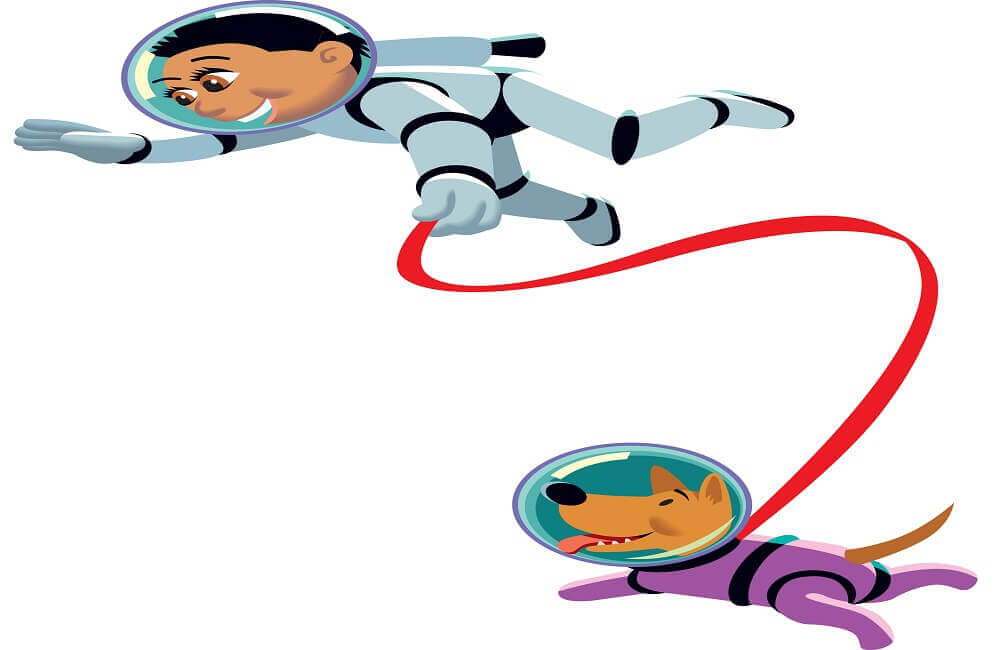 Hello kids! Do you dream of being an astronaut? Are you fascinated by the mysteries of the universe? If yes, then you might have enjoyed the Solar System coloring pages. Keeping with that theme, we are here with a collection of free printable Space coloring pages.

When you look up at the moon and the stars at night or the sun during the day, you can see the expansive sky above. That is what we refer to as Space or Outer Space. It is a vast expanse of mostly empty space with numerous planets and astronomical objects. Let’s discover the space beyond the Earth with this collection of Space coloring sheets to print.

The fact that humans have traveled to outer space and even walked on the moon must be one of the most remarkable space technological achievements. Illustrating the possibility of an astronaut being able to land on another planet is this coloring page.

If you look at the illustration on this coloring page you will instantly finish the phrase, “A for…” with “Astronaut”. Looks like the astronaut here is collecting the rock sample from another planet as part of her mission.

Unlike most of the aliens you must have seen on movies and various TV shows, this one seems friendly. This must remind you of the adorably cute alien from the Steven Spielberg film “ET”.

The alien must have gone back to its planet after the short visit. Its spacecraft has flown fast through the earth’s atmosphere, leaving a long trail behind. Every human who saw its aircraft in the sky, must be thinking they saw an Unidentified Flying Object (UFO).

Keeping things as real as possible regarding how astronauts look when they are in their full gear is this coloring page. From the helmet to the spacesuit, the detailing is believably realistic.

Something of a dream for now but gearing towards a possibility is this illustration of an astronaut landing on Mars and exploring the Red Planet. But helping to make the mission easier and faster will be robots like the ones depicted here.

In 1969 NASA’s Apollo 11 with crew members Neil Armstrong, Edwin Aldrin, and Michael Collins left the Earth. It successfully landed on the Moon, with Armstrong becoming the first human to walk on the moon, followed by Aldrin.

The Earth is one of the eight planets orbiting the Sun in the Solar System. This illustration informs you about all the eight planets along with the re-classified dwarf planet Pluto, the erstwhile ninth planet.

Combining a few different elements that represent outer space, this coloring page is like a special astronomical mix bag. You can find the planets, the stars, and the milky way galaxy as well as rockets and an alien aircraft or UFO.

These astronauts have such good luck, landing on another planet and finding the atmosphere is breathable. They have also met up with a curious and friendly bunch of aliens. Have a great time coloring this fantastical, science fiction in this illustration.

Scientists are always looking to improve the technologies for space travel so that more can be known about the workings of the vast universe. Since almost all things from the earth are light-years away, developing spacecraft that can sustain support for its crew for long is crucial.

This is a fun illustration of Lego astronauts, recreating the moon landing for the Lego world. Print and color this in Lego style, each block in a single color to reveal a colorful Lego space world.

National Aeronautics and Space Administration (NASA) was established in 1958 and is responsible for several space exploration efforts, including the monumental moon landing achieved by Apollo 11.

This illustration shows a space station like the International Space Station. These are spacecraft able to support crew for a longer time and can be utilized to dock any other spacecraft.

Apart from the planets, asteroids, comets, and other particles can also be found orbiting in space. This illustration showcases the Asteroid belt which is present between the orbits of the planets Mars and Jupiter.

When it comes to space travel, rockets have played a special part. Don’t you see yourself exploring Space in such a rocket? Imagine yourself inside as you print and color this page.

It is an exciting moment to see a rocket launching, leaving the Earth. You must have surely caught similar events on TV. If not, watch out for future launches.

Our Solar System consists of the Sun at the center with the eight planets and other astronomical bodies directly or indirectly orbiting around it. You can print and color each of the planets in different colors.

This astronaut is walking in space, tethered to the spacecraft. You can also see planets with a ring system like Saturn in the illustration along with various stars.

The Earth looks smaller than the Spacecraft from this angle in the illustration. Can you guess the few countries visible on the Earth? Guess them correctly as you print and color this page.

Can you guess where we are now? Yes, we are at the end of this collection of outer space coloring pictures to print. Did we succeed in getting you excited about the Outer Space? Once you start looking at the Space beyond, you are greeted with the immense possibilities of further and greater exploration in the future. Maybe you will play a part in making that possible.