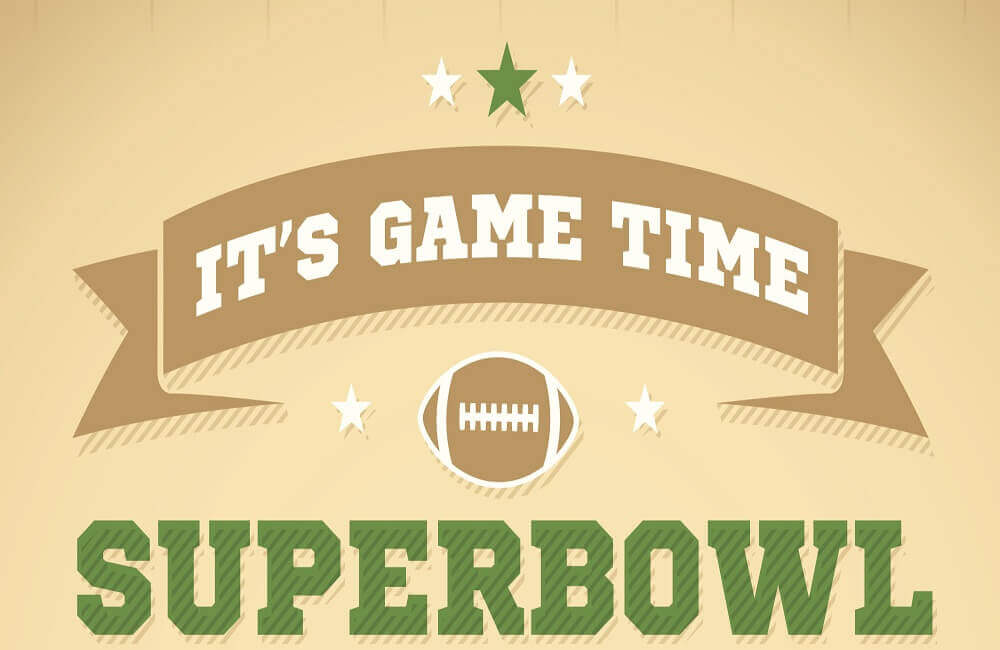 Hello children! January is the time to keep yourself warm and healthy. If outdoor activities are difficult due to the cold winter season. Then, we have a sporty collection of Super Bowl coloring pages printable for you to indulge in the world of sports.

One of the biggest sporting club events, Super Bowl Sunday is the annual American football championship game of the National Football League (NFL). The NFL is a major professional sports league, comprising 32 teams, 16 teams each for National Football Conference (NFC) and the American Football Conference (AFC). Let’s take a closer look at Super Bowl 2019 and some of its historic moments with this collection of Super Bowl coloring sheets to print.

The Carolina Panthers are a member of the NFC South division and among the few teams to own the stadium where they play their games. You can admire their aggressive-looking panther logo on this helmet while you print and color it, using their black, panther blue, and silver team colors.

As you can see in this illustration, SpongeBob’s favorite team is the Denver Broncos. How did we know? He is holding the logo of the team, a running horse head with a flying mane.

In a game between the National Football Conference (NFC) and the American Football Conference (AFC) champions, AFC’s Denver Broncos emerged victorious beating NFC’s Carolina Panthers. The game, with 111.9 million average viewers,  has gone into the records as the third most-watched American television program.

In a thrilling match that turned out to be the first Super Bowl to end in overtime, the Super Bowl LI was won by the New England Patriots. They came back from 3 – 28 down to defeat the Atlanta Falcons, 34 – 28. This was the Patriot’s fifth championship, making them second along with the San Francisco 49ers and the Dallas Cowboys on the list of the most Super Bowl Championships won.

The New England Patriots managed to reach the Super Bowl LII game but failed to defend their title, losing to the Philadelphia Eagles. The match played at the U.S. Bank Stadium, Minneapolis was the Eagles’ first Super Bowl franchise championship win.

Here’s a strong NFL player going for the touchdown, making sure he makes it past the opposition’s goal line. If he can see his teammate in the end zone, he can pass it to him for a touchdown and score some points for his team. Reward this player’s great run with great colors.

One of the most crucial gear in the American football game is the helmet. Because of the higher risk of head injuries like concussions which can become life-threatening, it is of prime importance to play wearing all the compulsory sports gear. Even when you are playing with your friends, don’t forget to put on proper uniform and gear.

Showcasing a common sight during the American football match, a player of one team trying to pass the football while the opposing team member tries to tackle him. You can give these two players the colors of your two favorite NFL teams.

More than twenty different stadiums have hosted the Super Bowl championship games. Some more than others. The Mercedes-Benz Superdome, which serves as the venue for New Orleans Saints’ home games, has hosted seven games in total.

Super Bowl Sunday is referred to as the day when the Super Bowl championship is played. It is considered an unofficial national holiday in the United States. Such is the love and passion for sports in America. Look how happy this man looks simply thinking about football.

“Super Bowl Sunday” became to be known as such because the championship is observed on the first Sunday of February. This year it falls on February 3, 2019. The game is a once-in-a-lifetime chance for the many players like them, also teams and coaches to make their mark in the history books.

The Super Bowl trophy is entirely made up of sterling silver, showcasing a football placed in a kicking position on a stand. Named as Vince Lombardi Trophy, in honor of NFL coach Vincent Thomas Lombardi. This coloring page illustrates the trophy of the Super Bowl 50 championship game.

Here’s a coloring page you’ve all been waiting for, Super Bowl 2019 coloring page. Super Bowl Super Bowl LIII is supposed to take place in Georgia, Atlanta at the Mercedes Benz Stadium on 2nd February 2019. It will be played between the Los Angeles Rams and the New England Patriots. Let’s see who wins it this year.

Here’s a coloring sheet you all have been waiting for. The 54th Super Bowl or Super Bowl LIV will be held on the 2nd February between Kansas City Chiefs and San Francisco 49ers at Hard Rock Stadium in Miami Gardens, Florida. Let’s see who wins it this time. 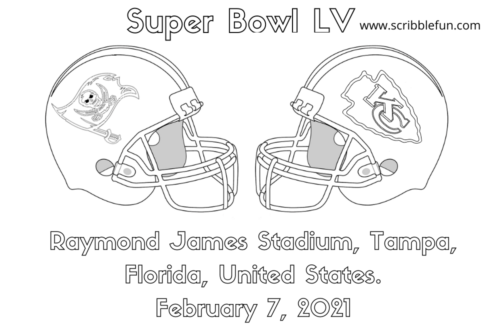 Here’s a Super Bowl XV coloring page for our young readers. This time, Kansas City Chiefs, the defending champions, and Tampa Bay Buccaneers will fight for the trophy. The game will be held on the 7th of February at Raymond James Stadium, Tampa, Florida, in the United States.

As per the tradition, we’ve got you the latest Super Bowl XVI coloring page, featuring Los Angeles Rams and Cincinnati Bengals. Who do you think will lift the trophy?

The NFL games are currently going on. You can catch them live on television. After all, Super Bowl is among the most-watched programs in television history. You can make it more interesting by printing all the NFL coloring pages along with this collection of Super Bowl coloring pages printable, and have fun watching the games while coloring them.